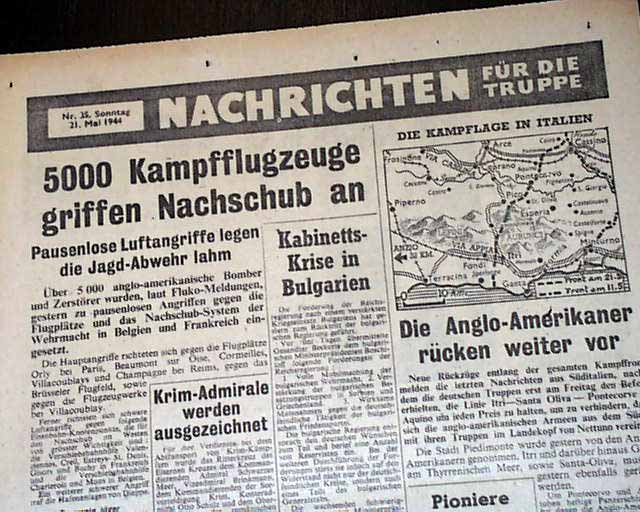 
NACHRICHTEN FUR DIE TRUPPE, Europe, May 21, 1944  A most fascinating single sheet newspaper printed front & back, which translates to "News For The Troops", published by the Psychological Warfare Division of the Allied forces and dropped by Allied aircraft over Germany from just weeks before the D-Day invasion.
This newspaper/leaflet was created to counter Goebbels' propaganda machine. Notice this dates shortly before D-Day. The headline translates to: "5000 Fighter Planes Attacked Replentishment" Many related headlines and a photo and a map.
Measures 9 by 13 inches, very nice condition. Totally in German and an uncommon bit of aerial propaganda.