Home > Back to Search Results > Lincoln's funeral & the end of the Civil War...
Click image to enlarge 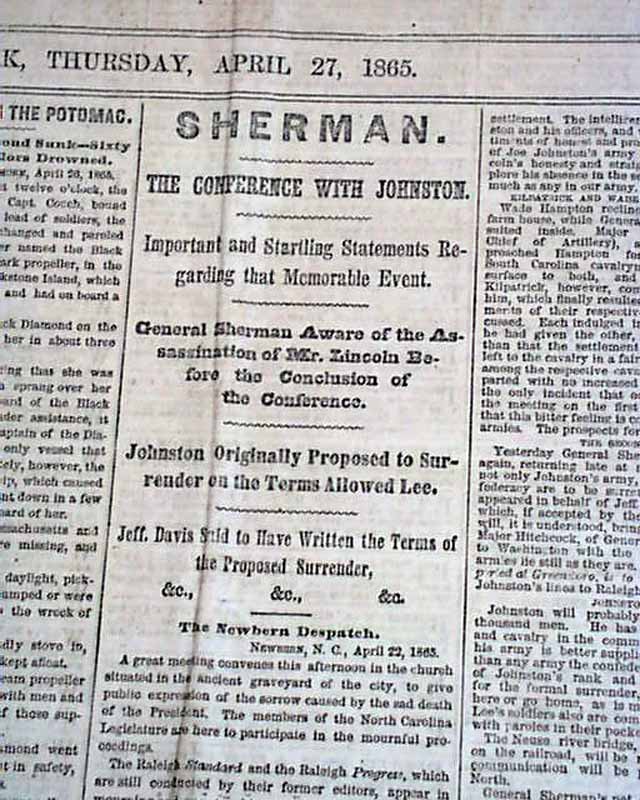 Lincoln's funeral & the end of the Civil War...

A wealth of fine column heads on both the end of the Civil War and Lincoln's funeral, etc., including the front page: "SHERMAN" "The Conference With Johnston" "General Sherman Aware of the Assassination of Mr. Lincoln Before the Conclusion of the Conference" "Johnston Originally Proposed to Surrender on the Terms Allowed Lee" "Richmond" "The Rebels In Canada" and more.
Page 4 has: "The Funeral" "Impressive & Solemn Proceedings" "The Assassins--Arrest of Junius Brutus Booth" and more.
Eight pages, irregular at the blank spine, small rubbing hole near the center of the front leaf, otherwise good.