Home > Back to Search Results > Civil War map on the front page...
Click image to enlarge 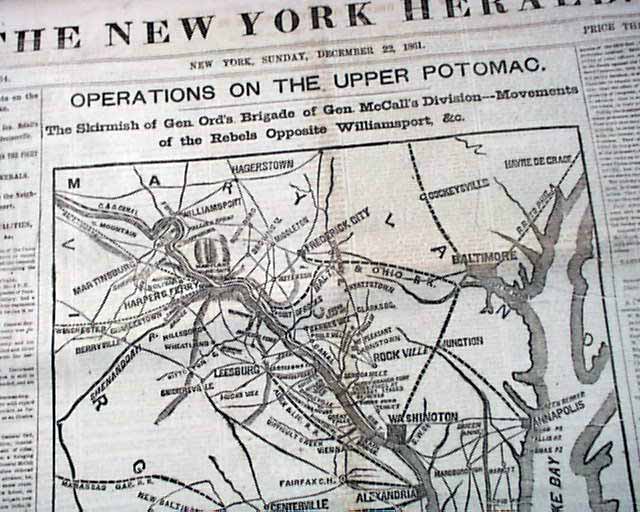 The front page is dominated by a large map titled: "OPERATIONS ON THE UPPER POTOMAC". Among the one column headlines on the Civil War are: "The Recent Movements on the Upper Potomac" "Skirmish Between a Portion of Gen. McCall's Division and the Rebels Near Drainesville" "Sketch Of the Generals" "The Military Movements in the Neighborhood of Williamsport" "THE BATTLE OF MUNFORDSVILLE" "Full Particulars of the Engagement" and more.
Eight pages, nice condition.