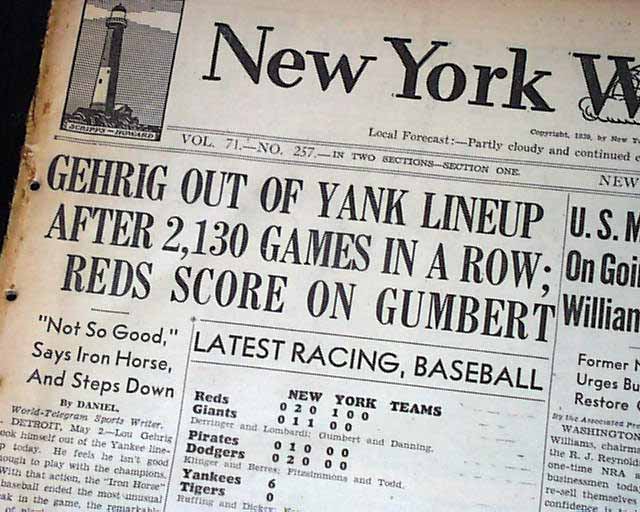 The front page begins with a 3 line, 3 column head: "GEHRIG OUT OF YANK LINEUP AFTER 2,130 GAMES IN A ROW...". The subhead: " 'Not So Good', Says Iron Horse, And Steps Down". The text carries over to the sports page where there is 6 column head: "Gehrig Out of Line-Up After 2,130 Games in Row" and subhead: " 'Not Good Enough Now', Says Lou sand Steps down" "May Be Back Later, McCarthy Asserts; Dahlgren Sent to First Base".
Great to have this historic report in a New York City newspaper.
Complete in 34 pages, small binding holes at the blank spine, library stamp at a top corner, very nice condition.