Home > Back to Search Results > Rare advertisements for the Woodstock Music Festival, and in the Village Voice...
Click image to enlarge 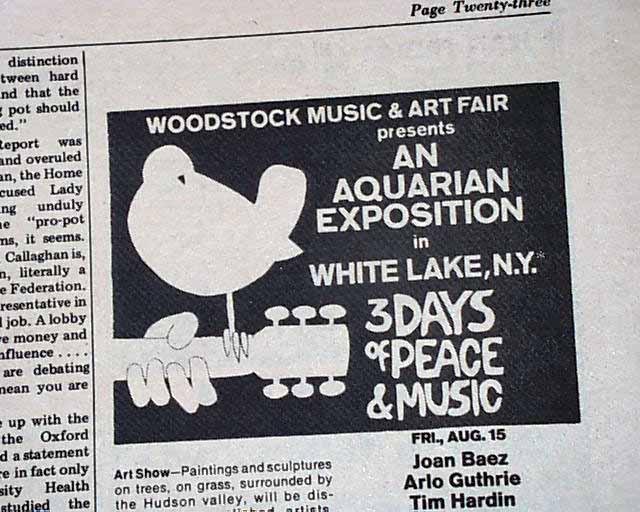 Rare advertisements for the Woodstock Music Festival, and in the Village Voice...


THE VILLAGE VOICE, Greenwich Village, New York, August 7, 1969  A significant newspaper on the Woodstock Music Festival.
It is worth noting that "The Village Voice" was an American news and culture paper, known for being the country's first alternative newsweekly. So it is notable that this newspaper would have advertisements for Woodstock, and perhaps one of just a few select newspapers which did.
The top of page 23 has an ad which includes the iconic logo of the bird on the guitar. The advertisement includes much detail including a listing of the artists which appeared on August 15, the 16th, and the 17th. Details are also provided for the "Art Show", the "Crafts Bazaar", the "Work Shops" and "Food". Also mention of "Hundreds of acres to roam on..." with detail.
This ad is for a bus trip to the location and includes a map of the location of the festival. The ad takes 40% of the page.
Additionally the same page has four additional ads, 3 offering transportation to the "Woodstock Music & Art Fair", the "Aquarius Rock Festival", and the "Aquarian Exposition". The fourth is a store ad asking: "Are you going to White Lake to the Music and Art Fair?...for Love, Peace & Music...Then" go to their store to: "...get your groovy clothing...".
This is the complete 56 page issue, never bound nor trimmed, a soft crease across the center, great condition.
A very notable issue as the festival would begin the following week. 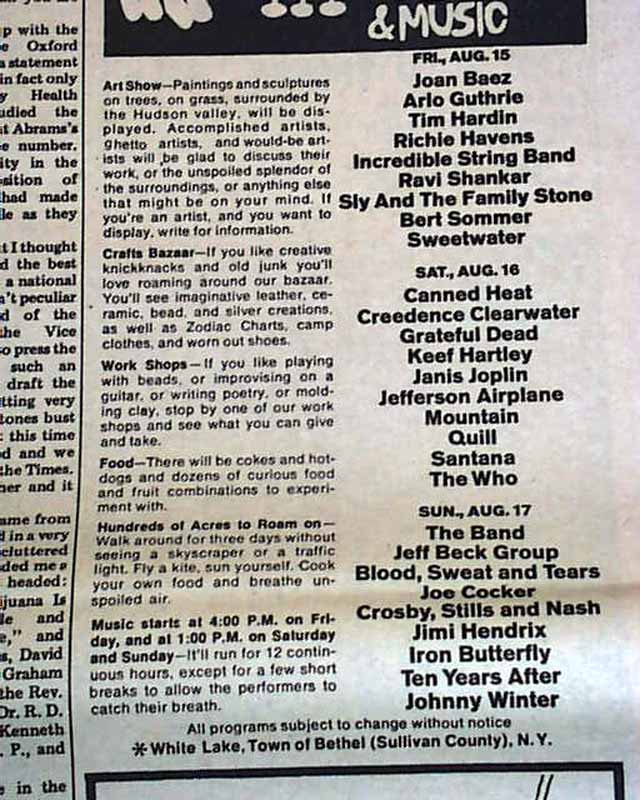 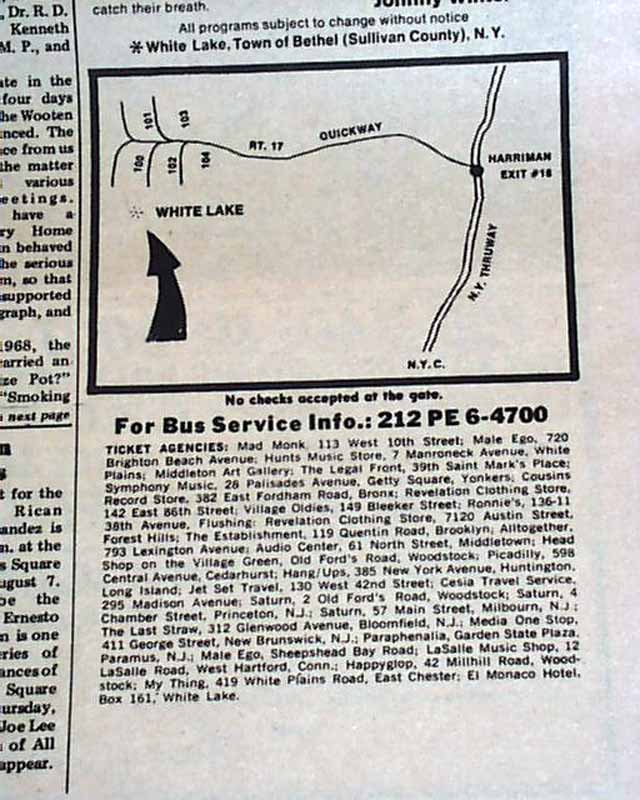 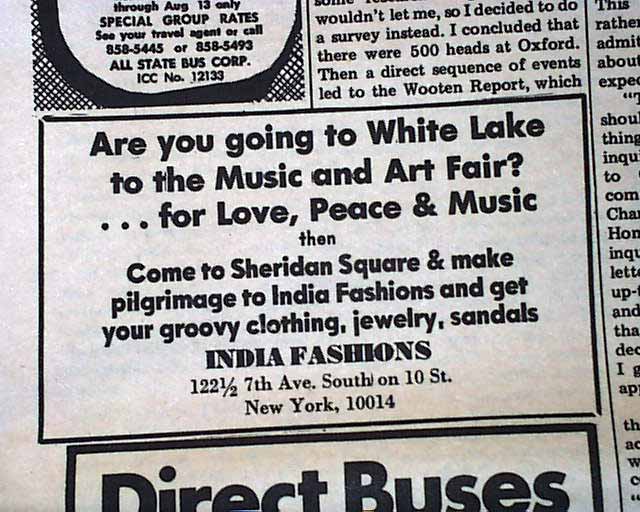 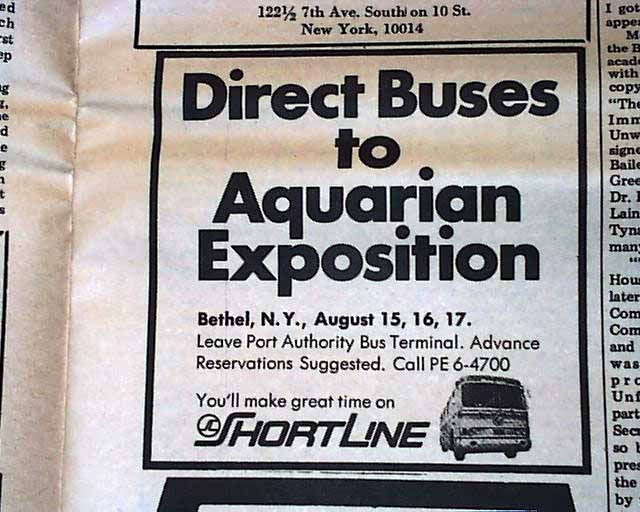 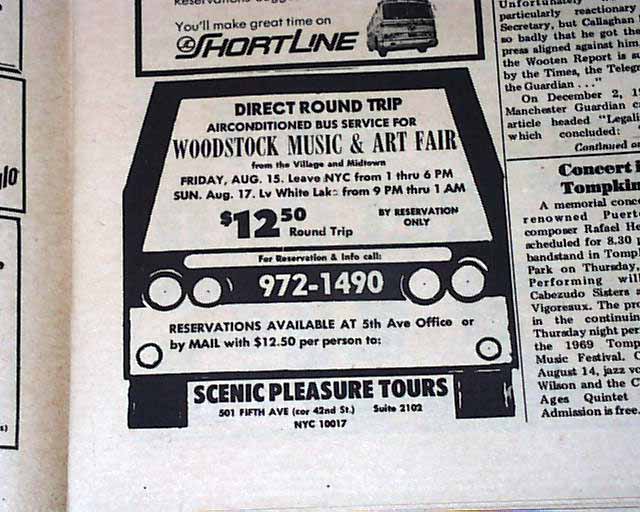 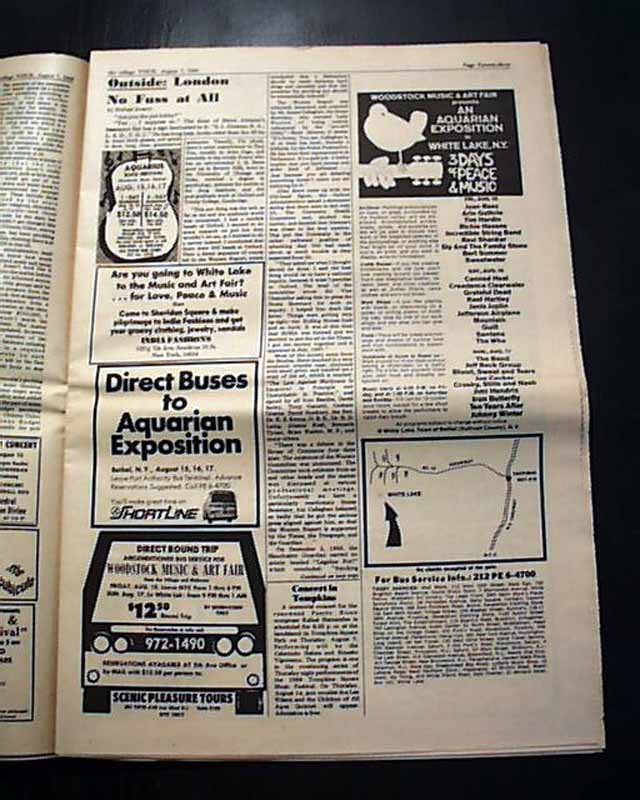 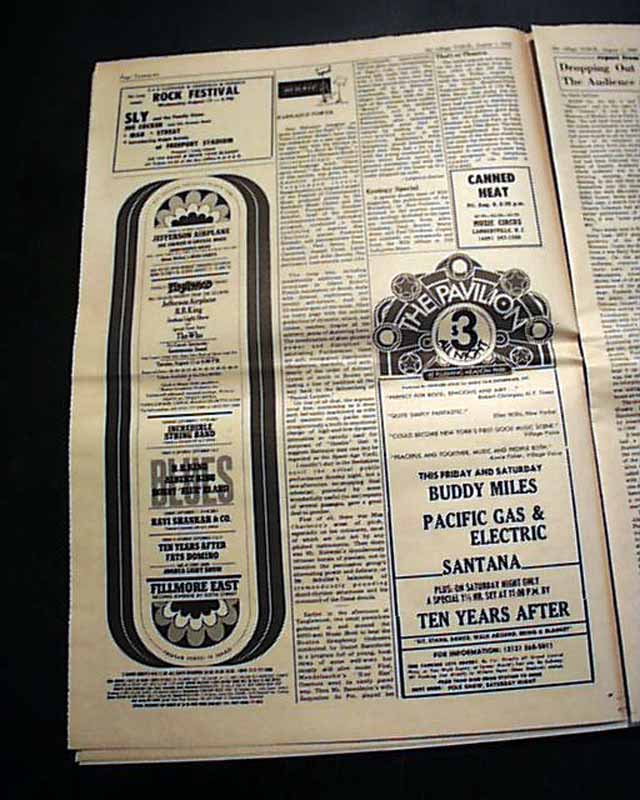 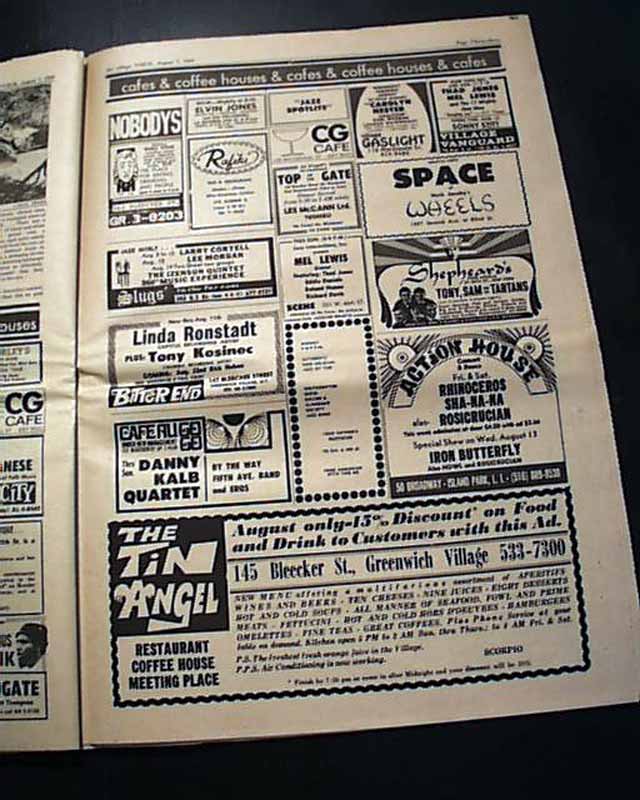 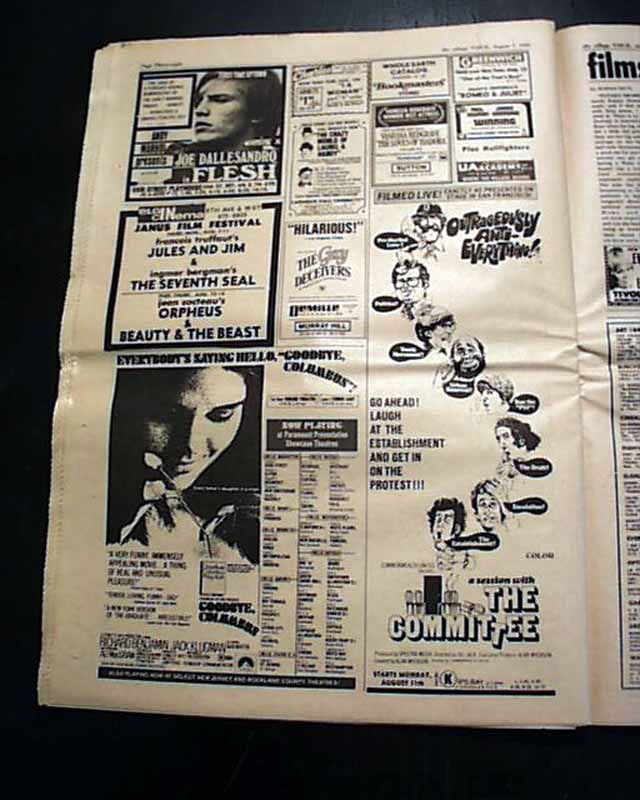 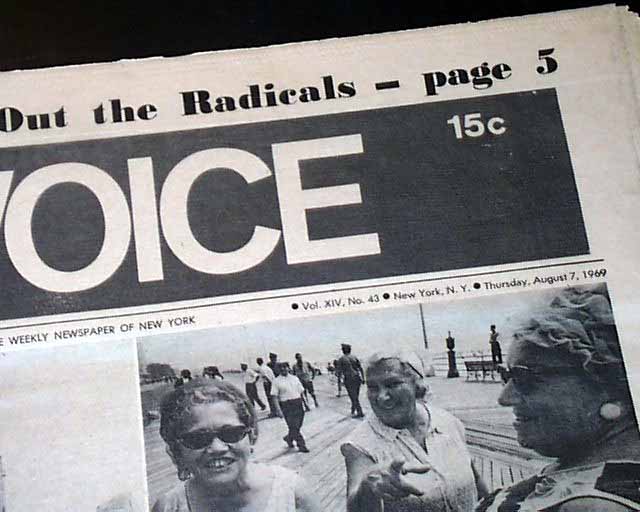 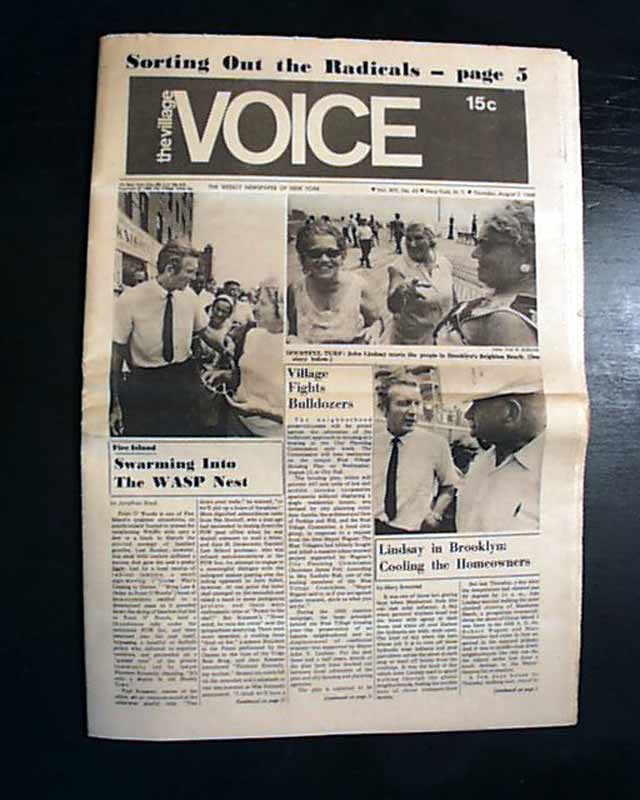