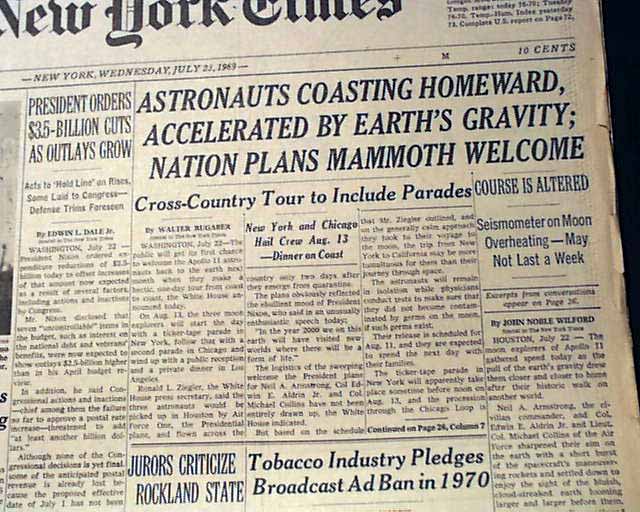 The top of the front page has four column headline: "ASTRONAUTS COASTING HOMEWARD, ACCELERATED BY EARTH'S GRAVITY; NATIONS PLANS MAMMOTH WELCOME" with subheads. Much more on the inside pages. Most issues that were saved reported the actual Moon landing, making this much more uncommon.
Complete with all 76 pages, minor margin wear, otherwise very nice.