Home > Back to Search Results > Very early reports from World War I...
Click image to enlarge 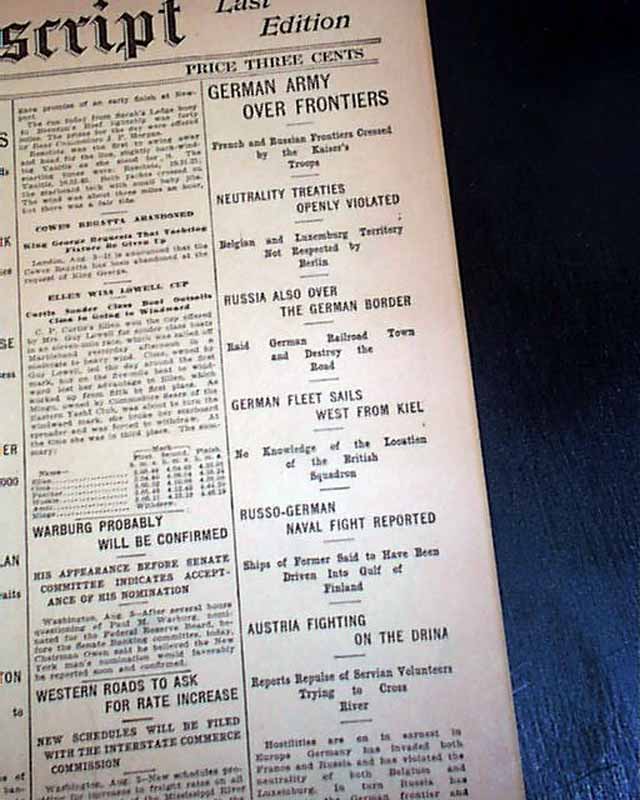 
BOSTON EVENING TRANSCRIPT, Aug. 3, 1914  The front page has many reports from the early events of World War I with column heads including; "GERMAN ARMY OVER FRONTIERS" "Neutrality Treaties Openly Violated" "Russia Also Over the German Border" "Austria Fighting On the Drina" "ENGLAND TO MOBILIZE" "World Hangs on Great Britain's Word" and so much more.
Fourteen pages, toned and fragile at the margins with various margin tears, loose & a bit irregular at the blank spine. Should be handled carefully.