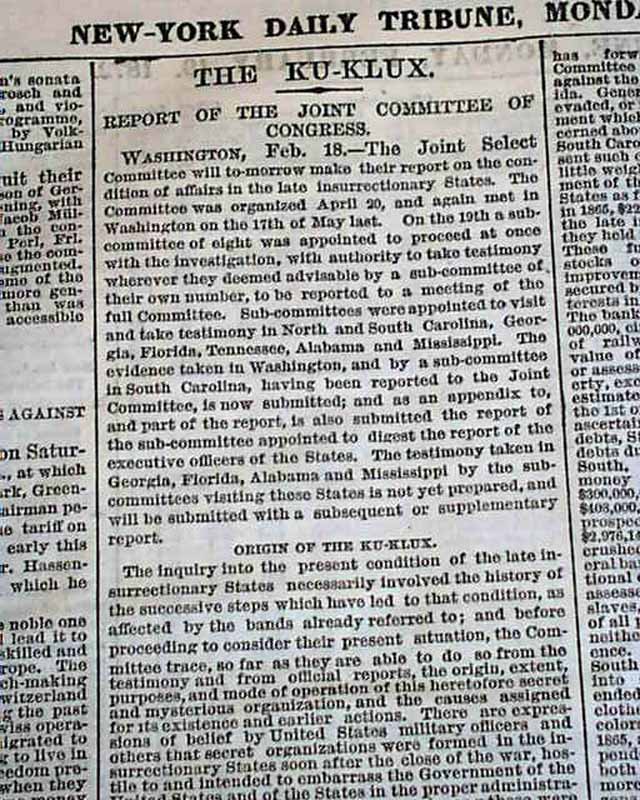 Page 5 has 1 1/2 columns of detailed reporting on the KKK, headed: "THE KU-KLUX" "Report of the Joint Committee of Congress".
This was the first formal and in-depth federal investigation of this white supremacist society which sought to deprive former slaves of the rights & freedoms promised by Reconstruction.
Subheads include: "Origin of the Ku-Klux" "Condition of the Negroes" "How to Keep the Negroes in the Republican Party" "Only Partial Success In Suppressing the Ku-Klux" "Amnesty Recommended" The Existence of the Ku-Klux Organization Practically Denied". A very notable issue.
Eight pages, great condition.