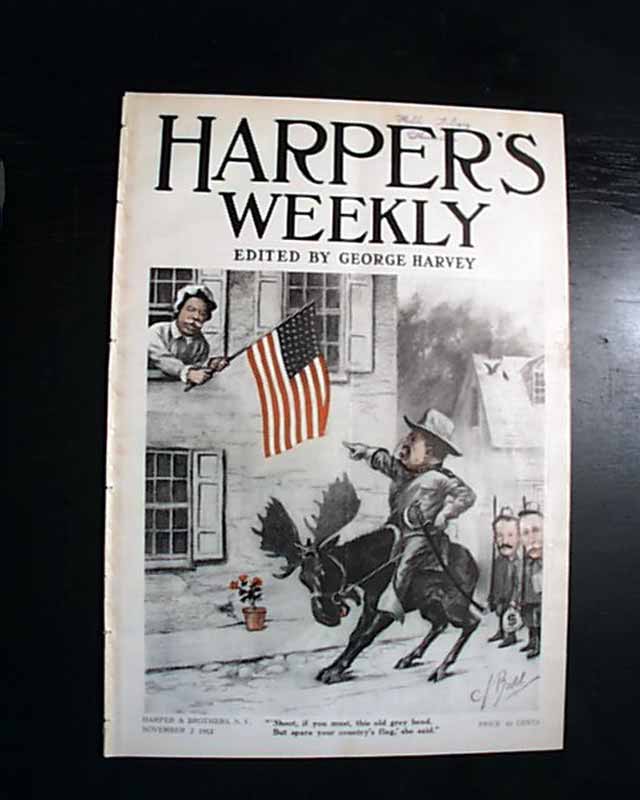 
HARPER'S WEEKLY, New York, November 2, 1912  Still has the original color outer wrapper (typically lacking) which is a political cartoon featuring Teddy Roosevelt and Howard Taft.
The front page has: "The War in the Near East." Also within is the article: "The Greatest Baseball Series Ever Played," by Edward Bayard Moss, with a related photo.
The doublepage illustration is called "Our Mrs. Partingtons and the Democratic Ocean,"  by C. J. Budd. Towards the back is "The Finishing Touches" by E.W. Kemble.
The complete issue, library stamp at the very top, good condition.