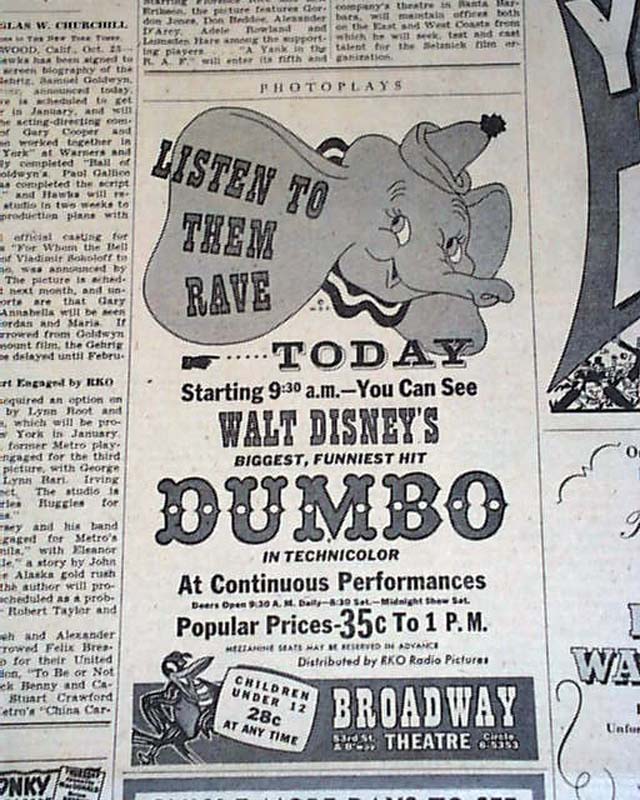 On page 27 under 'THE SCREEN IN REVIEW" is a three column headline: "Disney's Cartoon, 'Dumbo,' a Fanciful Delight, at Broadway--'You'll Never Get Rich,' With Astaire and Rita Hayworth, at Music Hall--New Film at Palace" which is the very 1st movie review for this Disney classic the day after the premiere showing in New York City's Broadway theater. Complete text can be viewed in the photos below. The 1st time review also has a two column illustration of Dumbo. On the same page is a 7 x 4 inch theater ad for this movie as well.
Other news, sports and advertisements of the day. Complete in 44 pages, light toning at the margins, small address stamp in masthead, generally in very nice condition.