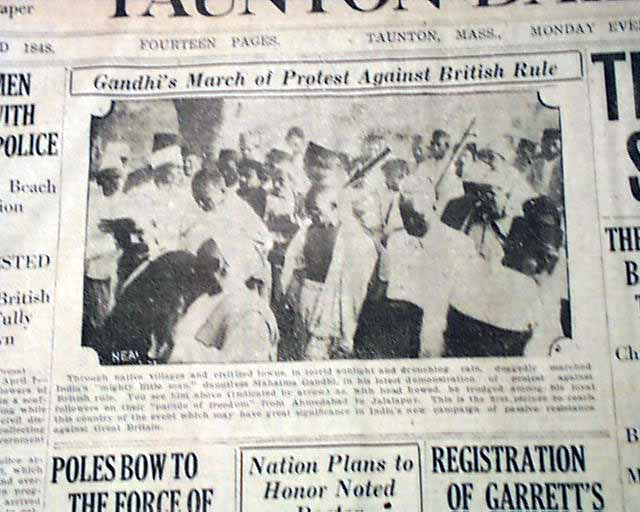 The top of the ftpg. has a photo headed: "Gandhi's March of Protest Against British Rule" with a lengthy caption. Plus the first column has heads: "GANDHI'S MEN CLASH WITH THE POLICE" "Scuffle on Beach in Collection of Salt" "Sixty Arrested" "Attitude of British Rulers Not Fully Made Known".
This was the "Salt March" of 1930 in India, an act of civil disobedience led by Mohandas Gandhi to protest British rule in India. During the march thousands of Indians followed Gandhi from his religious retreat to the Arabian Sea coast, a distance of some 240 miles. The march resulted in the arrest of nearly 60,000 people, including Gandhi himself. India finally was granted its independence in 1947.
Complete in 14 pages, a bit irregular at the blank spine from disbinding, light toning at the margins, generally good.