Home > Back to Search Results > Huge Civil War map of the war in the Southwest...
Click image to enlarge 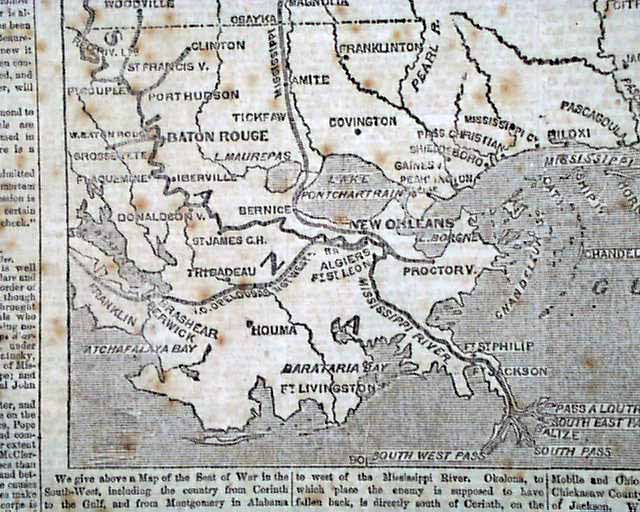 Huge Civil War map of the war in the Southwest...

Most of of the front page is taken up with a huge Civil War map titled: "THE SEAT OF WAR IN THE SOUTH-WEST" with some column heads including: "The Capture of Corinth" "Another Rebel 'Skedaddle' " "Gen. Nelson in the Enemy's Camp" "Retreat of the Rebels to Okolona" "General Banks's Retreat" "The Battle At Winchester" & more.
Also, the back page has a diagram headed: "The Attack of General Banks" with various details of the Winchester vicinity.
Eight pages, never bound nor trimmed, spotted foxing, minimal fold & edge wear, good condition.