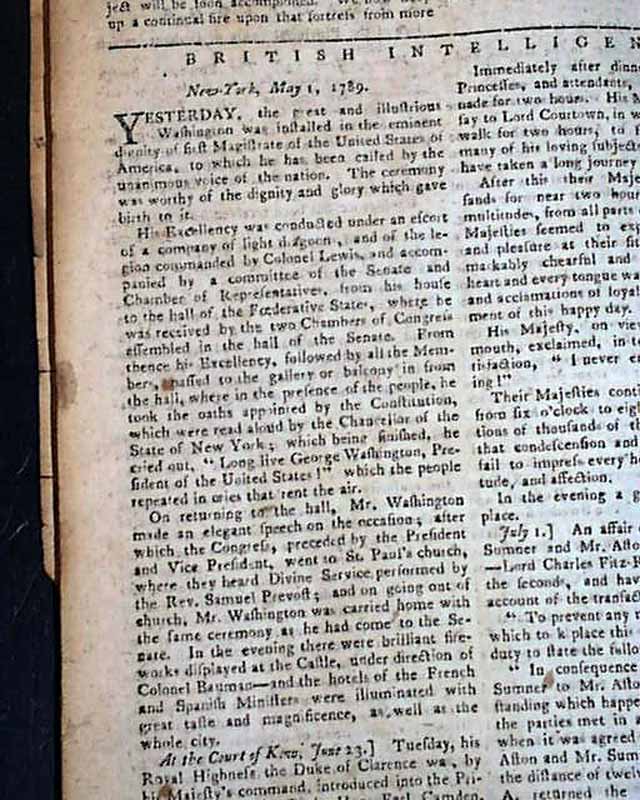 Bill Reese notes in one of his catalogs: "This important Irish monthly was founded in 1771 and continued until 1811, the later years under the auspices of Thomas Walker's son, Joseph. During its long run in its different incarnations,  the "Hibernian Magazine" filled the role of a general Dublin periodical in its coverage of news and politics from Ireland, Britain, Europe and North America...".
The back several pages are where various news reports are found, and certainly the most significant is the report of Washington's inauguration in New York. The report has a dateline of "New York May 1, 1789" and reads in part: "Yesterday the great & illustrious Washington was installed in the eminent dignity of first Magistrate of the United States of America...The ceremony was worthy of the dignity & glory which gave birth to it. His Excellency was conducted under an escort of a company of light dragoons...accompanied by a committee of the Senate & Chamber of Representatives from his house to the hall...where he was received by the two chambers of Congress...to the gallery or balcony...where in the presence of the people he took the oaths appointed by the Constitution...by the  Chancellor of the state of New York, which being finished, he cried out, 'Long live George Washington, President of the United States!' which the people repeated in cries that rent the air...returning to the hall, Mr. Washington made an elegant speech...went to St. Paul's church where they heard Divine Service...Mr. Washington was carried home with the same ceremony as he had come to the Senate..." with more (see).
Three plates are present but two have them are damaged, all unrelated to the mentioned content.
Complete in 56 pages, disbound without a title page, 5 1/4 by 8 1/2 inches, scattered foxing & minimal margin wear, generally good. 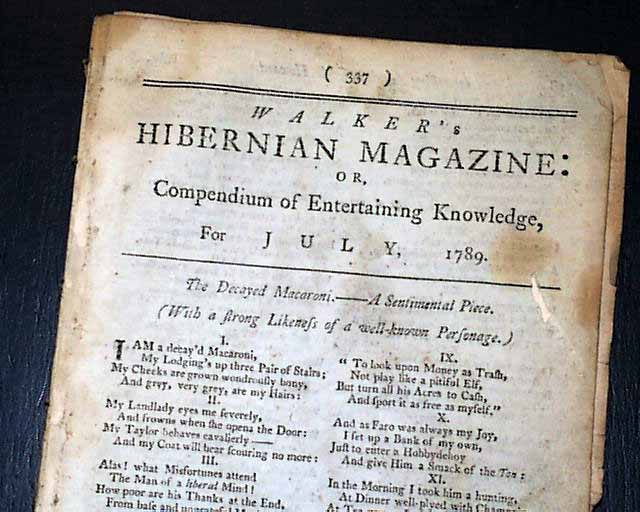 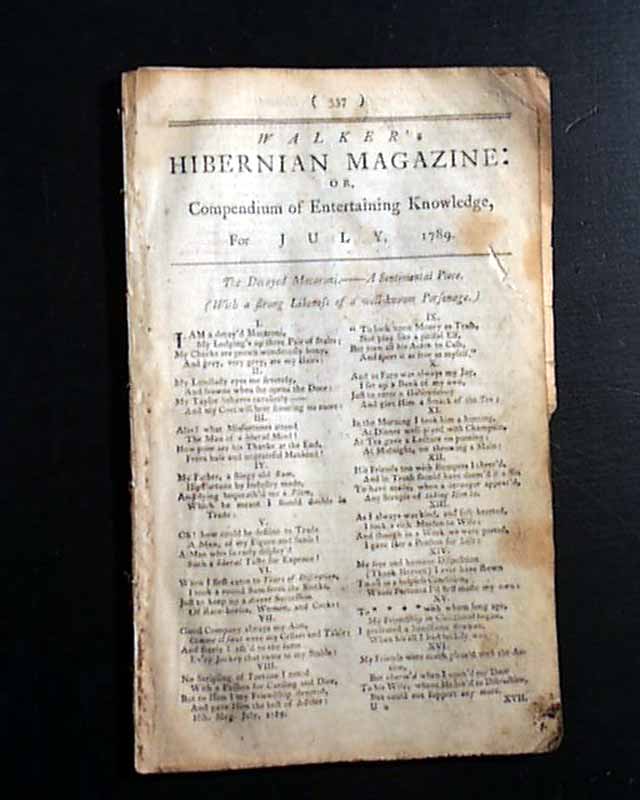