Home > Back to Search Results > Lee's campaign in the Civil War...
Click image to enlarge 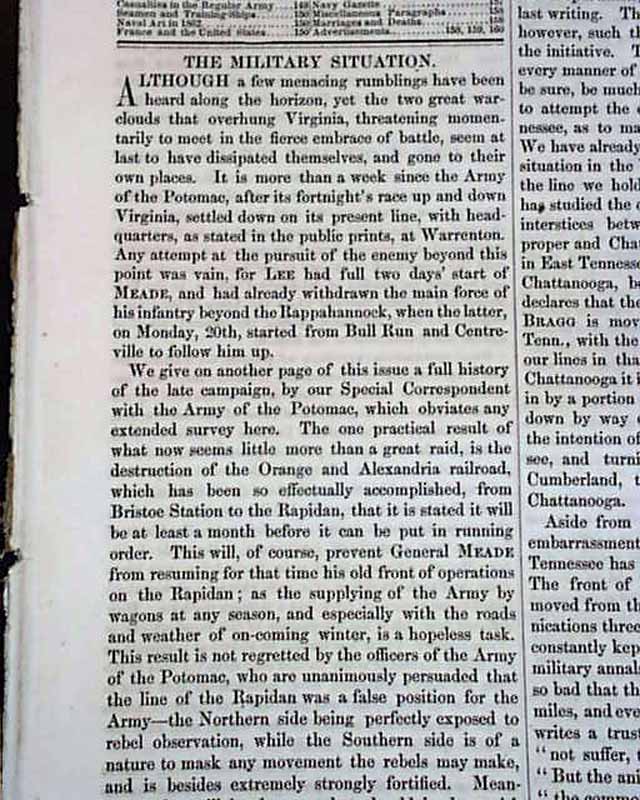 Lee's campaign in the Civil War...

As noted in the masthead this was the: "Gazette of The Regular & Volunteer Forces" and as such is replete with military news of all sorts.
Among the many reports are those headed: "Lee's Campaign" takes nearly an entire page; "Practical & Impracticable Strategy" "The Character of Texas" "Improved Armor for Vessels" "Seamen & Training Ships" "The Anaconda Policy" "The Rank of General Officers" and so much more.
Sixteen pages, 10 by 14 1/2 inches, very nice condition.