Home > Back to Search Results > Baseball during the Civil War...
Click image to enlarge 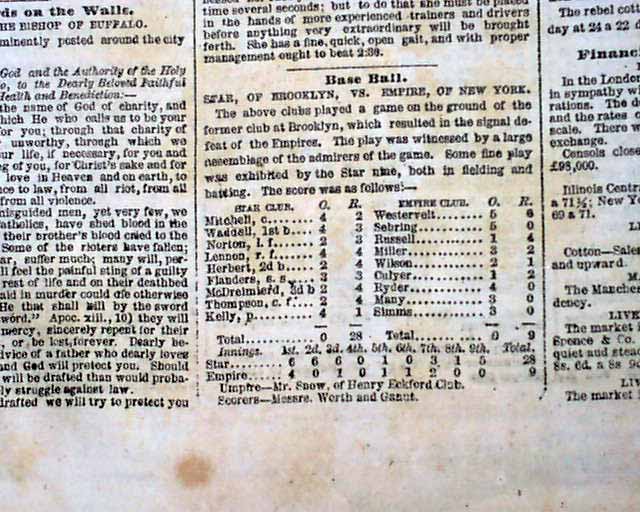 Baseball during the Civil War...


NEW YORK HERALD, Aug. 19, 1863  The front page has: "Base Ball - Star, Of Brooklyn, Vs. Empire, Of New York" with a one paragraph summary and the box score of the game. Baseball reports were uncommon during the Civil War & quite rare to find on the front page.
War-related ftpg. reports as well including: "CHARLESTON" "Rebels Accounts of the Progress of the Siege" "Awful Bombardment of Fort Sumter..." "The Presidency" "Important From the Southwest".
Eight pages, nice condition.