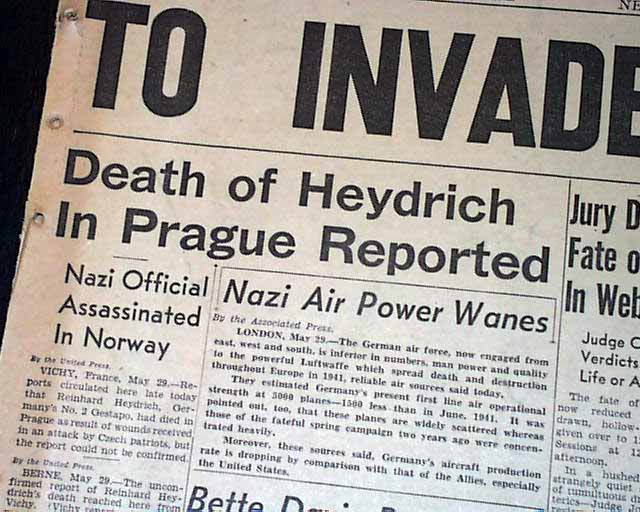 The front page has a three column heading: "Death of Heydrich In Prague Reported" with subhead. (see) Interesting that this report claims that he died but he actually lived for another 5 days. Also a two column heading: "Report Hitler Takes Command of Army" (see)
Other news, sports and advertisements of the day with much on World War II. Complete in 14 pages, nice condition.