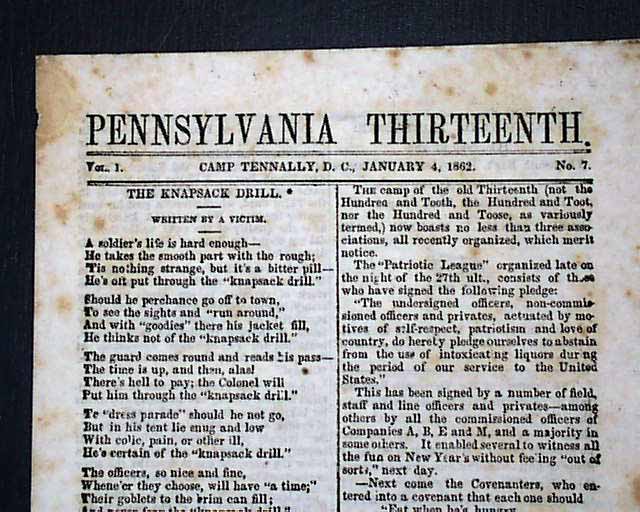 It was not uncommon for various regiments to publish their own little newspaper during the Civil War, typically done on small, portable presses. This is issue #7 of such a newspaper which lasted but 14 issues, done at Camp Tennally near Washington, D.C. by the Thirteenth Regiment Pennsylvania Volunteers, "...by the Pittsburg Dispatch Mess, Company A" as noted on page 2. The issue reports various goings on in and around camp with various military reports.
See the photos for the full text on its four pages. Measures 6 by 9 3/4 inches, never bound nor trimmed, bit of foxing, nice condition.