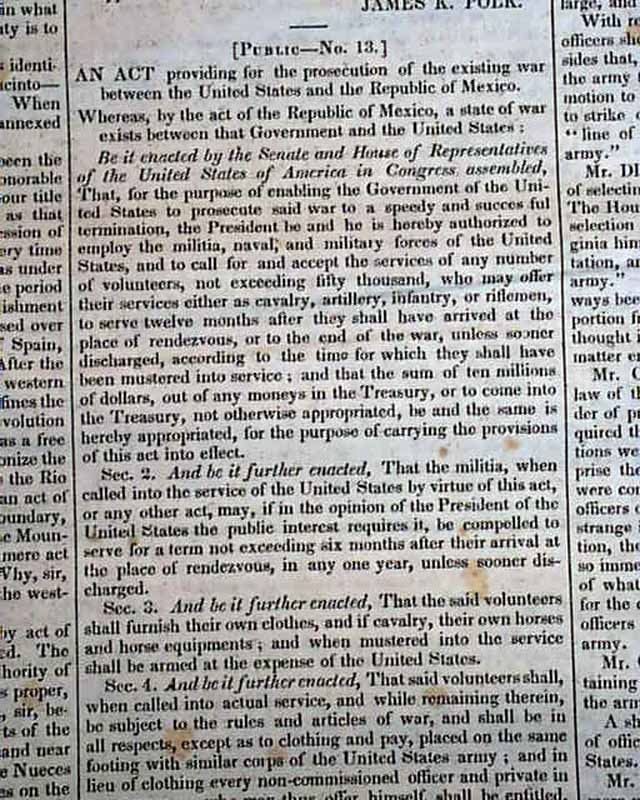 Page 2 has the very historic: "Act Providing for the Prosecution of the Existing war between the United States and the Republic of Mexico" dated May 13, 1846. This was the formal document by Congress declaring war in the Mexican War. It is followed by: "An Act to Authorise an Increase of the Rank & File of the Army of the United States.
The top of page 3 has an editorial headed: "The War With Mexico". Great to have this notable document in this newspaper which was the voice of the federal government.
Four pages, very nice condition.