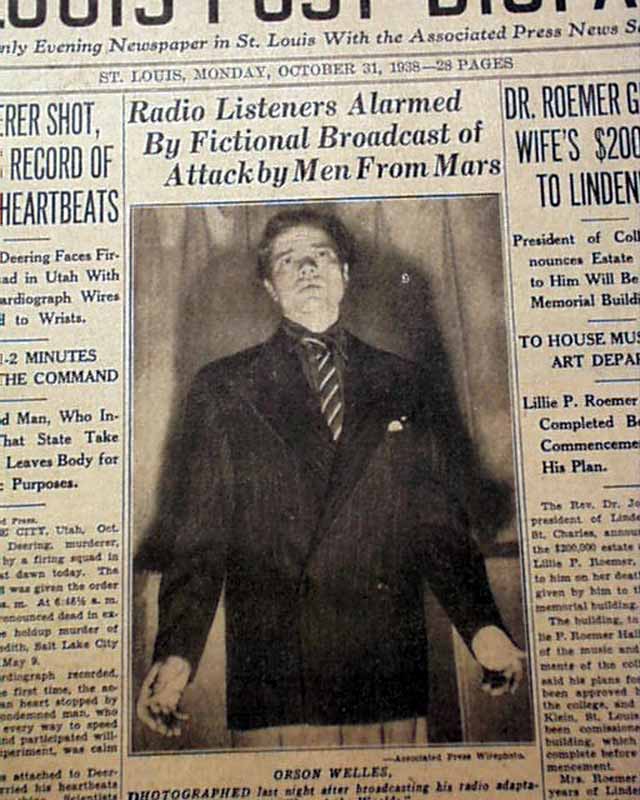 The top of the front page has a two column photo of Orson Wells headed: "Radio Listeners Alarmed by Fictional Broadcast of Attack by Men From Mars" The article is headed: "Widespread Panic Caused by H.G. Wells Thriller---Telephone Offices Swamped, Many Persons Leave Homes." Also: "Communications Board Investigating Broadcast That Caused Hysteria". The article carries over to page 3.
Also on page 3 is a related article: "Some St. Louisans Fall For 'Men From Mars' Yarn" "Families Run Into Streets to Scan Sky for Invaders--Telephone Calls Tie Up the Lines".
Nice to have in a New York City publication, where the radio show was broadcasted.
The complete issue with 28 pages, light toning, some small binding holes along the spine, generally very nice.