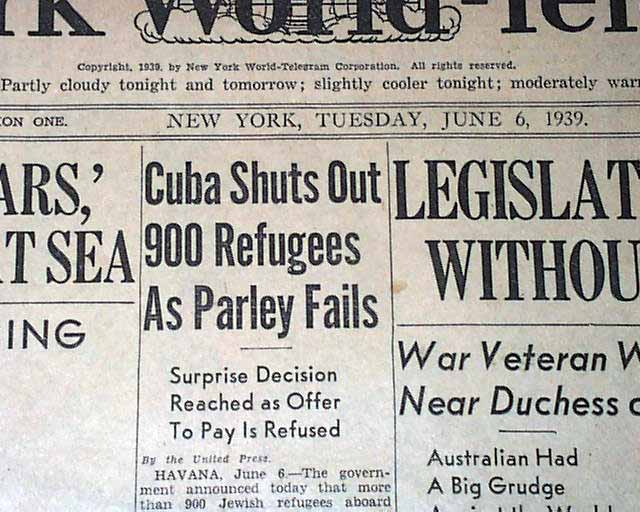 The top of the front page has a one column heading: "Cuba Shuts Out 900 Refugees As Parley Fails" with subhead. (see)
Complete with all 32 pages, light toning at the margins, small library stamp within the masthead, small binding holes along the spine, generally nice.