Home > Back to Search Results > First flight of the Hindenburg to the U.S...
Click image to enlarge 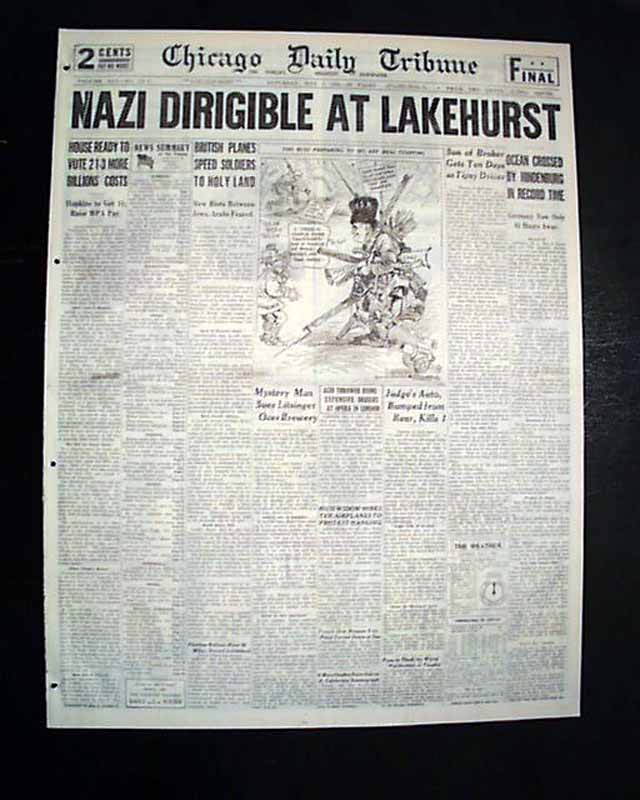 First flight of the Hindenburg to the U.S...

A nice banner headline announces: "NAZI DIRIGIBLE AT LAKEHURST" with subhead: "Ocean Crossed By Hindenburg In Record Time" "Germany Now Only 61 Hours Away". The bkpg. has a photo of the hangar at Lakehurst.
This was the first flight to the United States of the ill-fated Hindenburg, almost exactly one year to the day from when it would explode in flames at this same location.
Thirty-four pages, great condition. This is the "rag edition" printed on very high quality paper meant for institutional use.