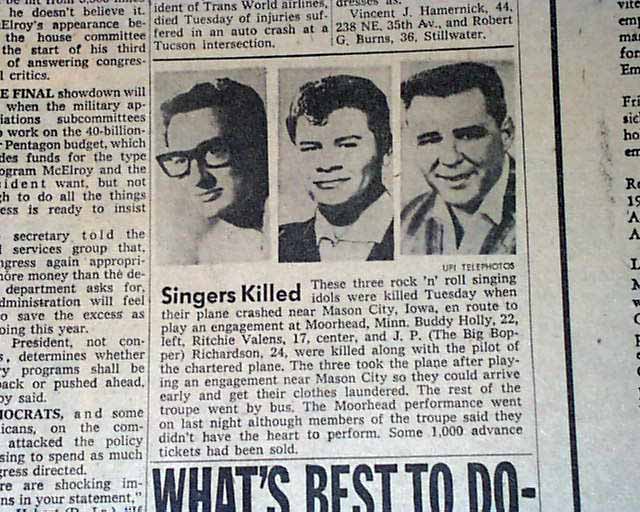 The death of these legendary names from the early rock and roll era is not commonly found in period newspapers, unfortunately. And when found the reports are typically brief.
This issue has the report on page 11 with photos of all 3 and a detailed caption which includes: "SINGERS KILLED - These three rock 'n' roll singing idols were killed Tuesday when their plane crashed near Mason City, Iowa, en route to play an engagement at Moorhead, Minn. Buddy Holly, 22, left, Ritchie Valens, 17, center, and J. P. (The Big Bopper) Richardson, 24, were killed along with the pilot of the chartered plane..." with further particulars.
Complete in 32 pages, nice condition.