Home > Back to Search Results > The Custer massacre...
Click image to enlarge 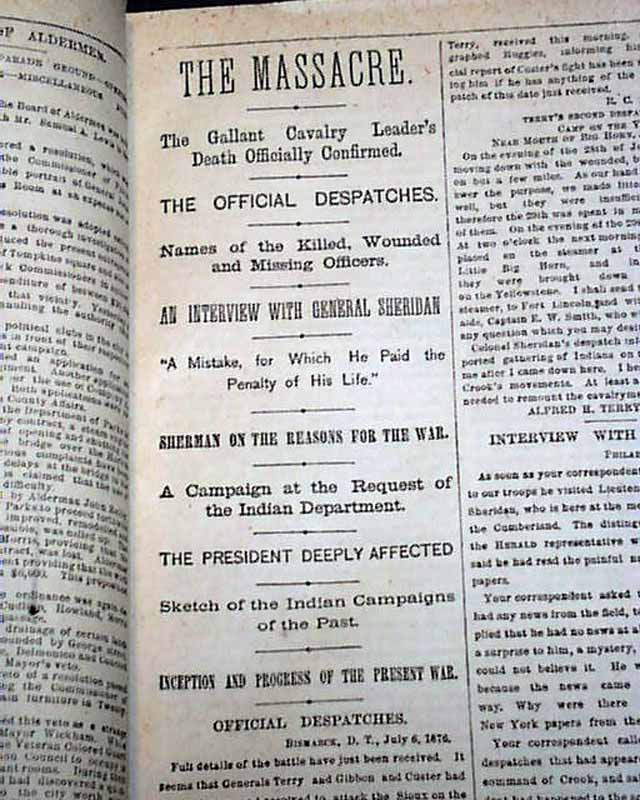 Page 2 has some very nice first column heads reporting the Custer massacre, including: "THE MASSACRE" "The Gallant Cavalry Leader's Death Officially Confirmed" "Names of the Killed, Wounded and Missing Officers" "An Interview With General Sheridan" "A Mistake, for Which He Paid the Penalty of His Life" "Skertch of the Indian Campaigns of the Past" and more.
The coverage is quite extensive, taking the entire page and carrying over to take almost the entire next page. Rarely have I seen such detailed coverage in a July 7 newspaper. See the photos for just the first column of an 11 column report.
Complete in 12 pages, very nice condition.