Home > Back to Search Results > Mention of the West Indies and Honduras...
Click image to enlarge 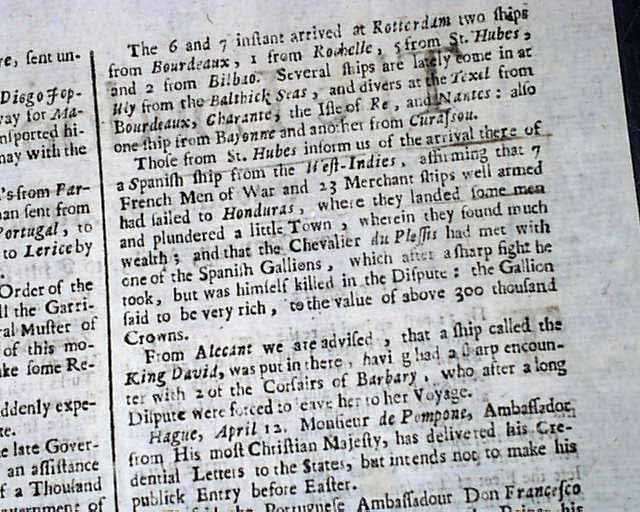 Mention of the West Indies and Honduras...

This is the world's oldest continually published English language newspaper, having begun in 1665 and is still printing in London to this day.
The back page has a report noting: "...the arrival there of a Spanish ship from the West Indies, affirming that 7 French men of war and 23 merchant ships well armed had sailed to Honduras where they landed some men and plundered a little town wherein they found much wealth..." with a bit more detail.
Single sheet issue, 7 by 11 1/4 inches, good condition.