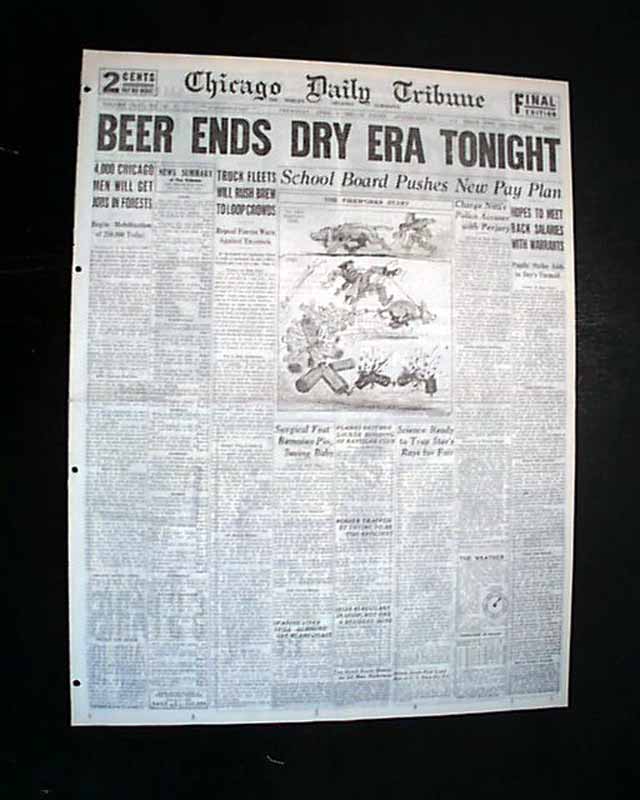 The front page banner headline announces the coming end of Prohibition with: "BEER ENDS DRY ERA TONIGHT" with subheads. Great for display. A few related photos are on the back page. This was the Cullen-Harrison Act which allowed for the sale of 3.2% beer throughout the nation on April 7. The full end of Prohibition would come on Dec. 5 with the ratification of the 21st Amendment. Always nice to have notable events in history reported in this World famous publication.
Other news, sports and advertisements of the day. Complete in 32 pages, this is the rare rag edition that was produced on very high quality newsprint, with a high percentage of cotton & linen content, allowing the issues to remain very white & sturdy into the present. Given the subscription cost, libraries & institutions rather than individuals were the primary subscribers of these high-quality editions. A few binding holes along the blank spine, nice condition.