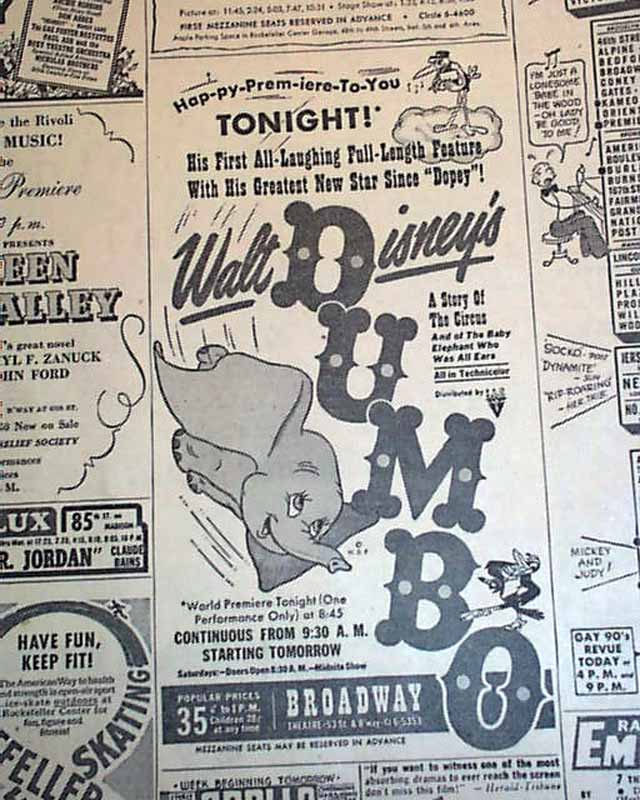 Page 26 has a 7 x 4 inch advertisement for the opening night showing of the original Walt Disney animated cartoon movie 'Dumbo'
With movies at that time usually released 1st in New York City, this could very well be the very 1st advertisement for this movie classic in any newspaper. Nice edition for any Walt Disney collector.
Complete with all 38 pages, light toning at the margins, small library stamp within the masthead, small binding holes and a archival mend along the spine, generally nice.