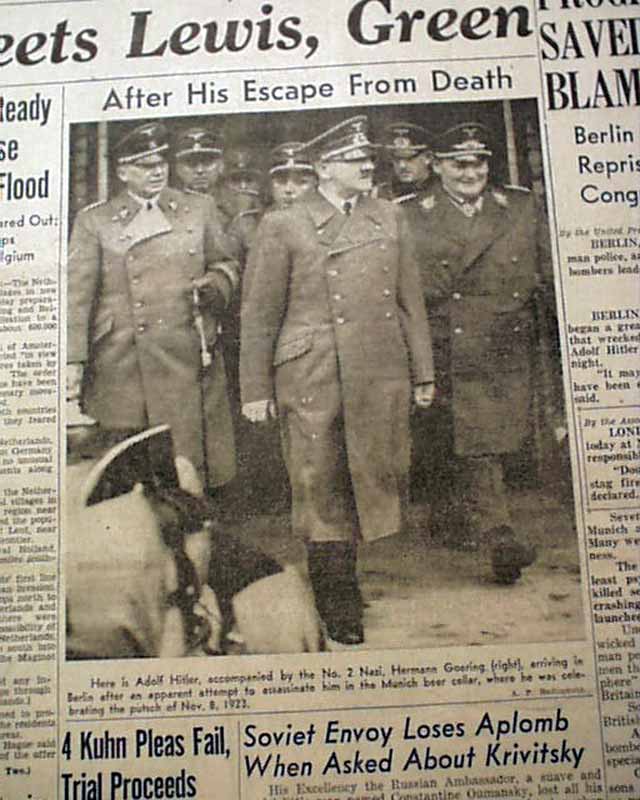 The front page has a nice banner headline: "HUNDREDS ROUNDED UP BY GESTAPO" with subheads that include: "PROGRAM SHIFT SAVED HITLER; BLAME BRITISH" and more with photo of Hitler with his staff arriving back to Berlin. Nice for display.
Complete with all 38 pages, light toning at the margins, small library stamp within the masthead, small binding holes along the spine, generally very nice.