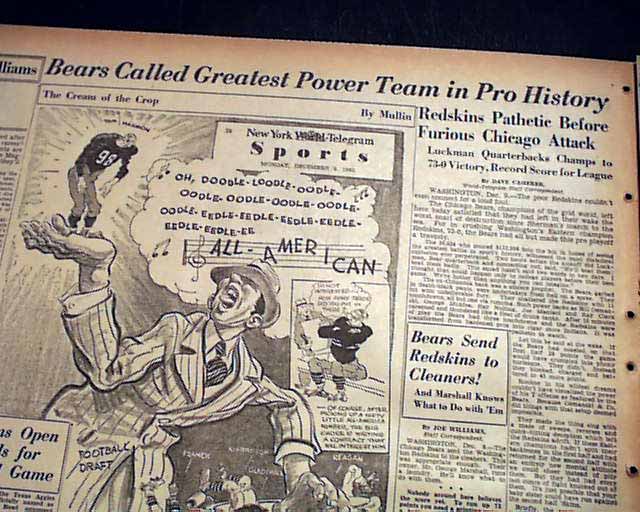 Page 26 has a six column headline: "Bears Called Greatest Power Team in Pro History" with subheads and a fre related photos. First report coverage on the 1940 NFL: championship game between the Washington Redskins and Chicago Bears. This was the most one-sided victory in NFL history.
Complete with all 34 pages, light toning at the margins, small library stamp within the masthead, small binding holes along the spine, a few archival mends including one that slightly affects the bears headline, generally in good condition.

wikipedia notes: The 1940 National Football League Championship Game, was the 8th in NFL history. The game was played at Griffith Stadium in Washington, D.C. on December 8, 1940. The Chicago Bears defeated the Washington Redskins, 73-0, the most one-sided victory in NFL history. The game was broadcast on radio by Mutual Broadcasting System, the first NFL title game broadcast nationwide.