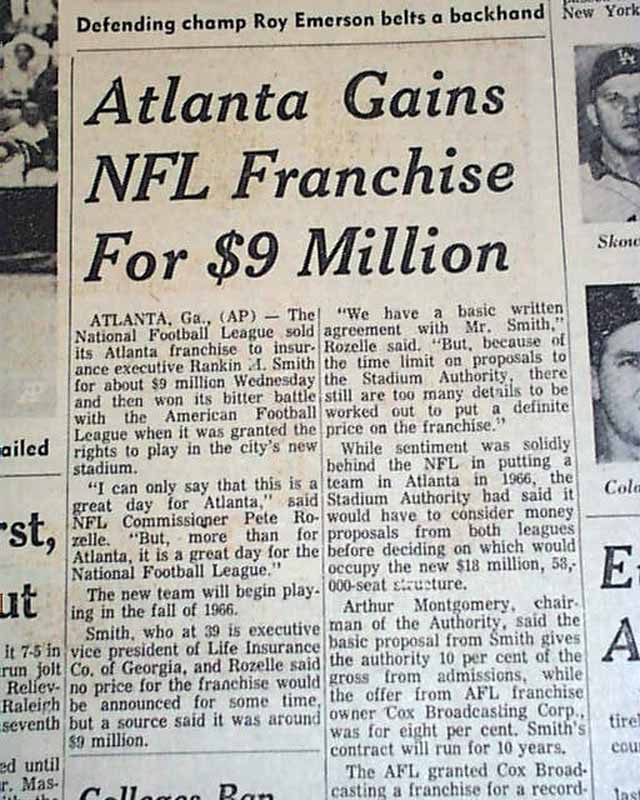 Here is a single page cut out of a damaged issue (pages 19 & 20 only) which has a two column heading: "Atlanta Gains NFL Franchise For $9 Million" with a large portion of the text. Still nice for framing as is.
Single leaf only (pages 19 & 20). a little irregular along the left margin, SOLD AS IS.

wikipedia notes: The Atlanta Falcons franchise began on June 30, 1965 when NFL Commissioner Pete Rozelle granted ownership to Rankin Smith Sr. The expansion team was awarded the first pick in the 1966 NFL Draft as well as the final pick in each of the first five rounds. The Falcons drafted All-American Linebacker Tommy Nobis from the University of Texas with the first pick of the draft, making him the first-ever Falcon. The league also held the 1966 NFL Expansion Draft six weeks later in which the Falcons selected unprotected players from existing franchises. 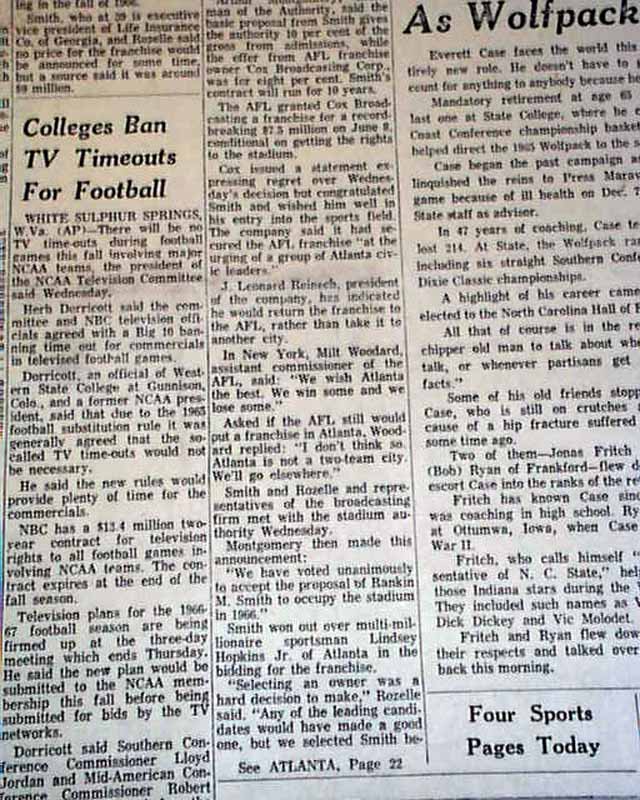 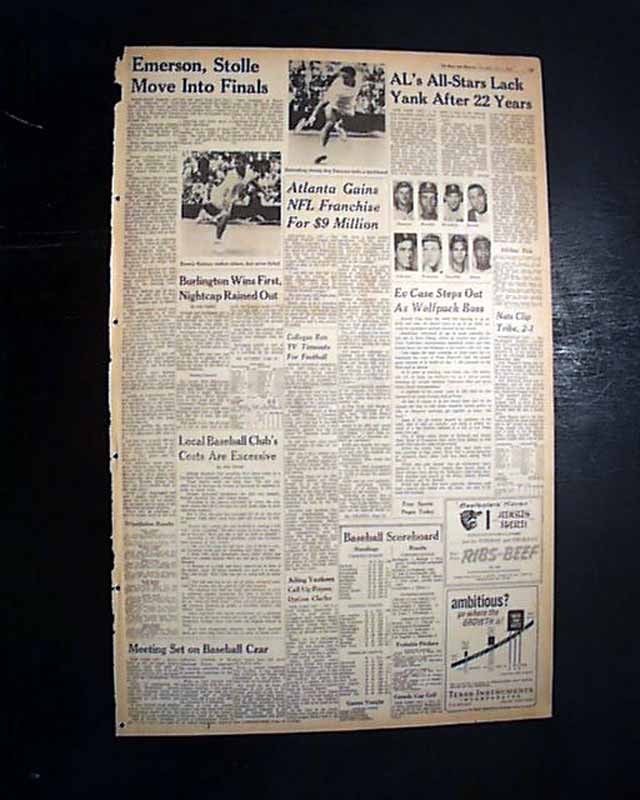