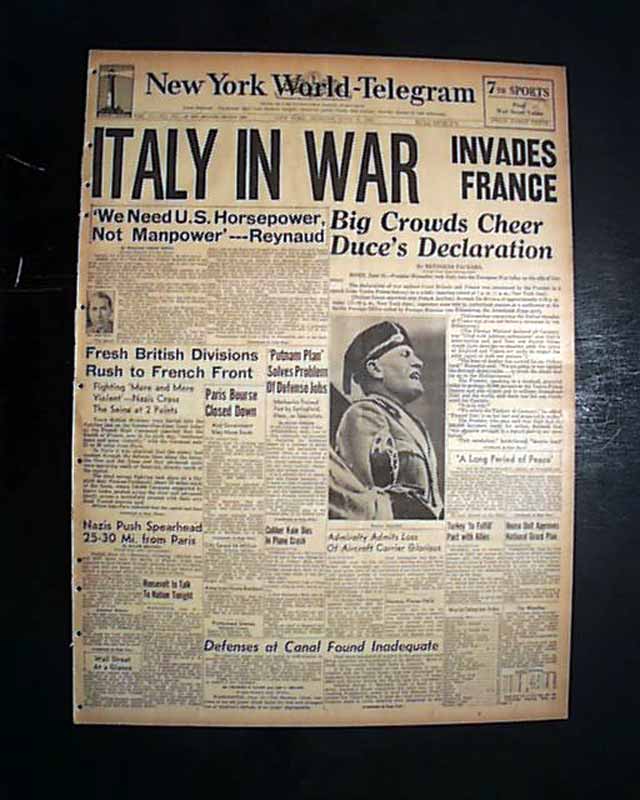 The front page has a nice banner headline: "ITALY IN WAR; INVADES FRANCE" with subheads and photo of Mussolini. Nice for display. Related map on page 2.
Complete with all 30 pages, light toning at the margins, small library stamp within the masthead, small binding holes with a little wear along the spine, generally nice.