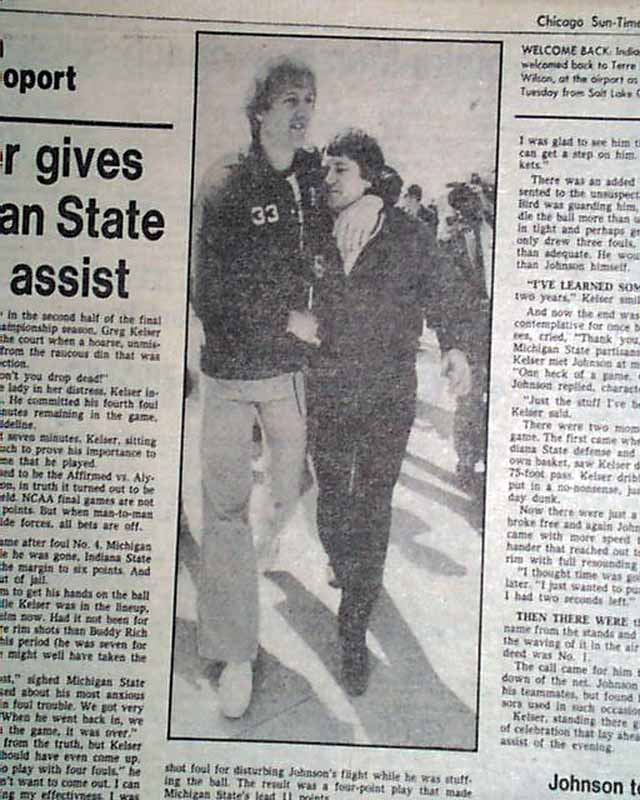 
CHICAGO SUN-TIMES, Chicago, Illinois, March 28, 1979 Close to the back of the issue, in the Sports Section, are two articles related to the highly-anticipated showdown between Earvin "Magic" Johnson, of Michigan State, and Larry Bird, of Indiana State, in the NCAA Championship. One has "Johnson tops NCAA team", which tells of "Magic" Johnson being selected at the Tournament's Outstanding Player (what we would now refer to as MVP). Another longer article is about the final game itself: "Kelser gives Michigan State a big assist", which includes a photo of Larry Bird. The opposing page has a photo of Michigan State's head coach Jud Heathcote standing next to the NCAA championship plaque. See photos for details. The complete issue in 144 pages, light toning, in overall very nice condition.