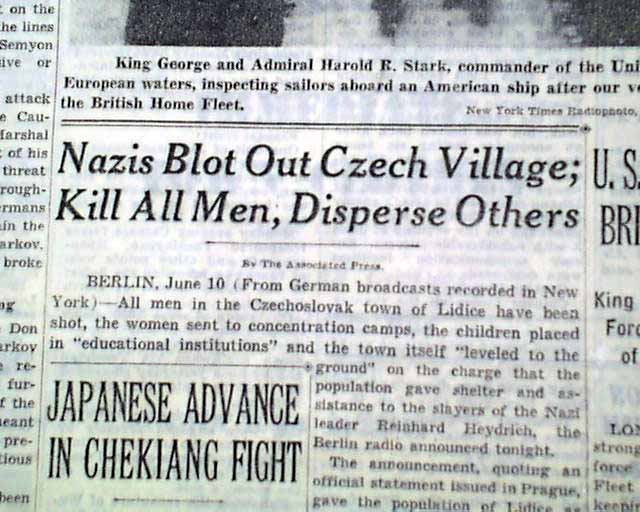 The front page has a two column heading: "Nazis Blot Out Czech Village; Kill All Men, Disperse Others". First report coverage on the annihilation of the town of Lidice Czechoslovakia by the Nazis. This was in reprisal for the shooting of Nazi leader, Reinhard Heydrich.
Other news, sports and advertisements of the day with much on World war II including coverage on the recent victory at the Battle of Midway. Complete with all 44 pages, rag edition in nice condition.