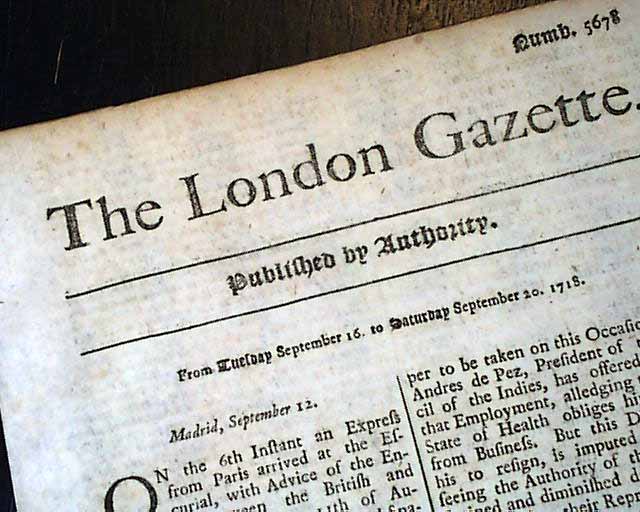 This issue is over 300 years old. Various news from London and other parts of Europe and more. This title is the oldest continuously published daily newspaper in the world which began in 1665 and is still in existence today. Also with some interesting advertisements as well.
A complete single sheet newspaper measuring about 7 by 11 1/2 inches, nice condition.

The plague was soon over and King Charles went back to Whitehall, but he was pleased with the Oxford effort and it was soon succeeded by "The London Gazette, which made its first appearance, labelled as No. 24, on February 5, 1666, and which has been kept alive, altering its size and character from time to time, down to this day."