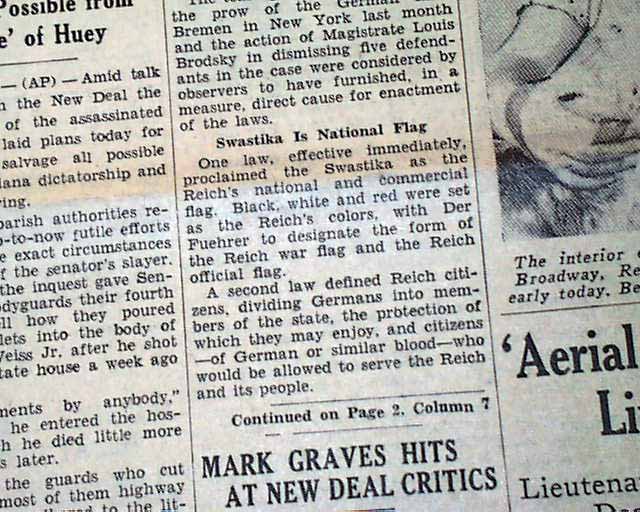 This 24 page newspaper has one column headlines on the front page: "REICH PLACES JEWS BACK IN MIDDLE AGES",
"Hitler Denies Them Rights of Citizenship; Warns Lithuania" with smaller subheads that include: "Swastika Is National Flag". 1st report coverage on the introduction of the Nuremberg (antisemitic) Laws.