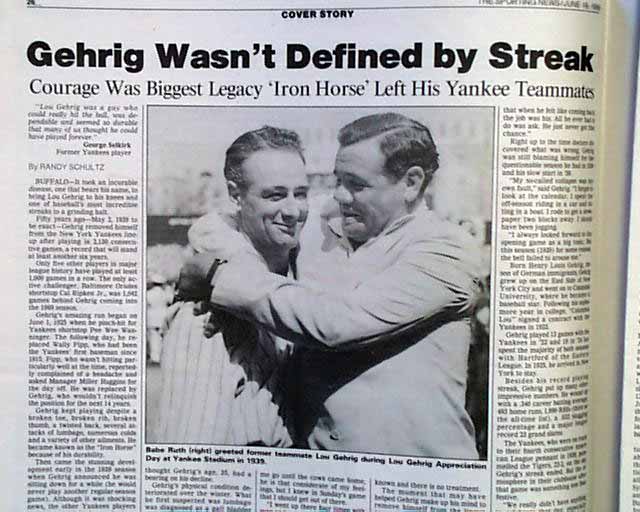 THE SPORTING NEWS, St. Louis, Missouri, June 19, 1989  The front page photo of this issue shows "150 Years of Baseball - A fond, reflective look at the game that grew into a national pastime."
Additional content within this issue relates to Baseball Hall of Famers including: Babe Ruth, Jackie Robinson, Walter Johnson, Lou Gehrig, and much more. Yet another article tells of the development and progression of Little League Baseball, and its roots in Williamsport, PA.
Certainly the premier newspaper/magazine for the sporting world, its 40+ pages are simply filled with the latest news in American sports, including a front page photo which was the highlight of the week. The top names and events of all American sports eventually found their way in the pages of The Sporting News.
You get the complete issue, measuring about 10 1/2 by 13 1/2 inches.
A nice displayable issue for any sports fan!