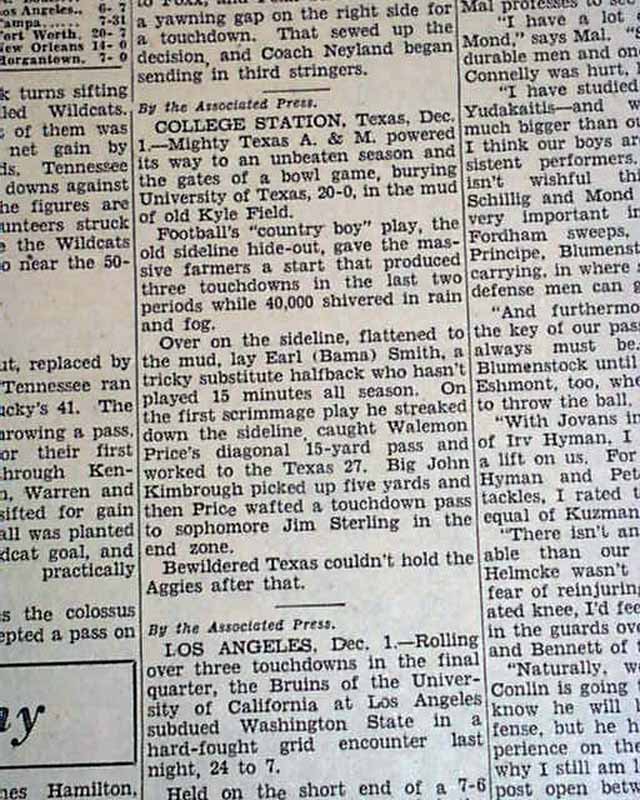 The sport's section (page 37) has a small one column heading: "Texas Aggies End Season Undefeated" First report coverage out of College Station on the last game of the 1939 regular season for the Texas A&M Aggies vs. the Texas Longhorns. They would go on and win the Sugar Bowl against Tulane and became National Champions for the first and only time in modern school history.
Complete with all 48 pages, light toning at the margins, small library stamp within the masthead, small binding holes and a little wear along the spine, generally nice.

wikipedia notes: Texas A&M has earned one wire national title, voted #1 by the AP Poll after the 1939 season. Southern California also claims this title through the Dickinson System; however, USC finished #3 in the final AP Poll. 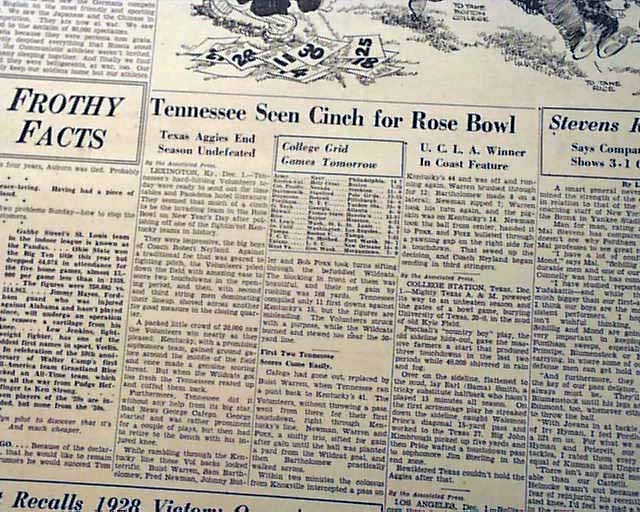 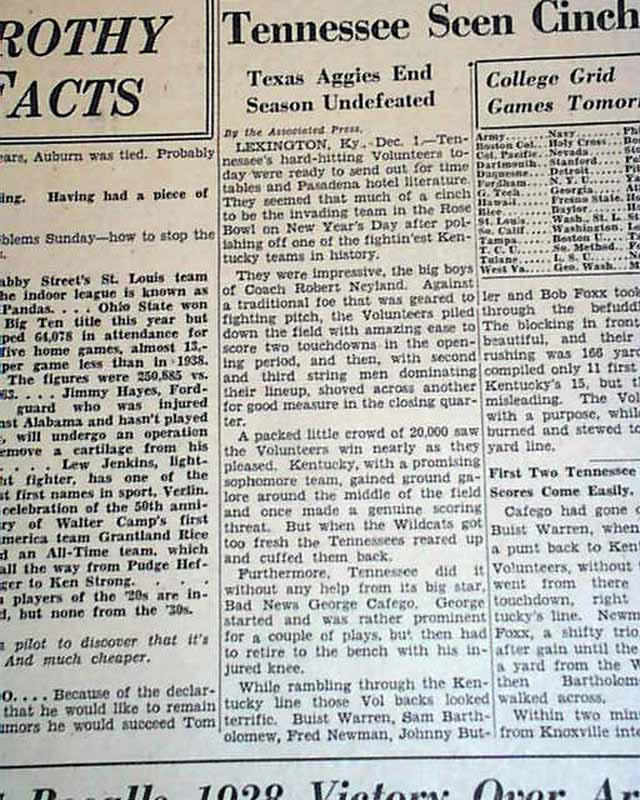 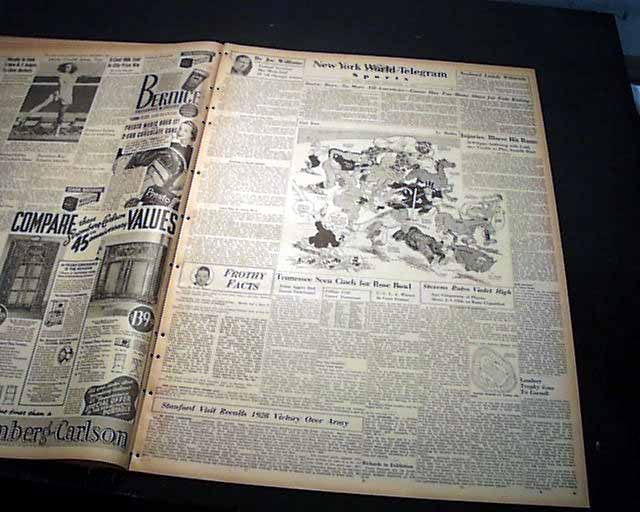 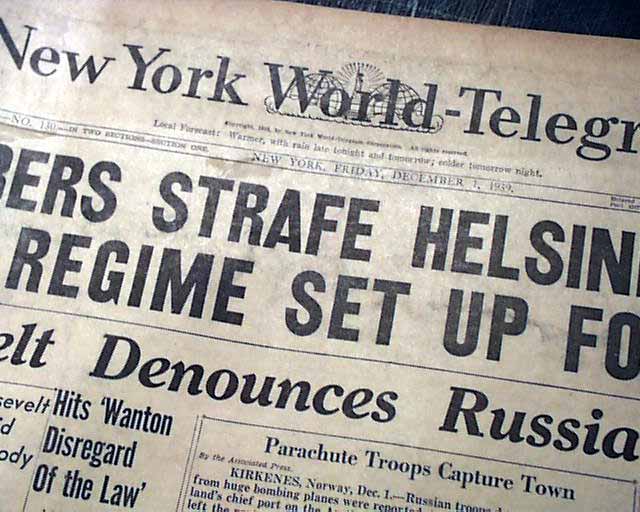 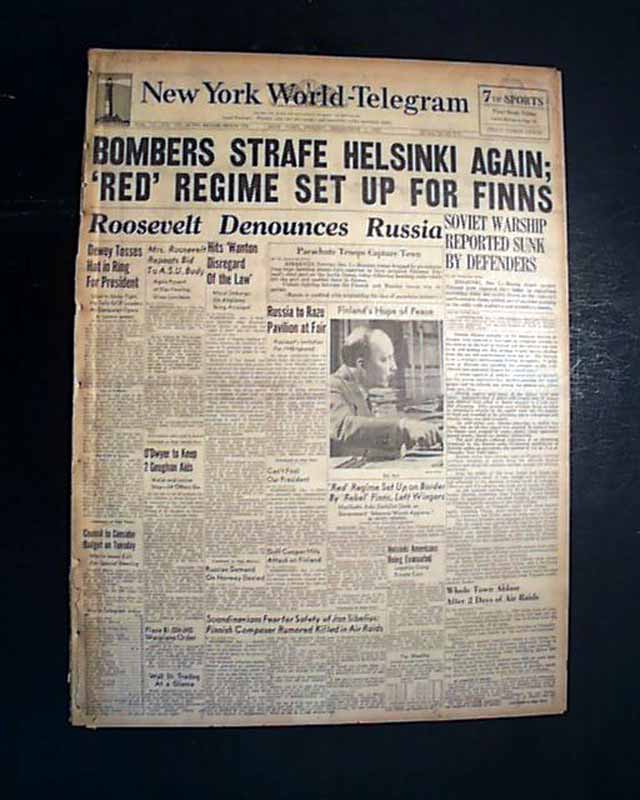