Home > Back to Search Results > Map of Pensacola just before the Civil War...
Click image to enlarge 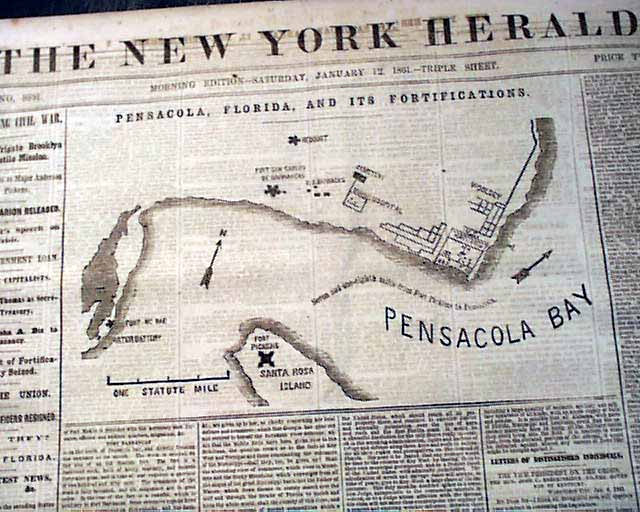 Map of Pensacola just before the Civil War...

Certainly the dominant feature is the large front page map headed: "Pensacola, Florida, And Its Fortifications." The first column headlines relate to it and the advent of war, and include: "THE IMPENDING CIVIL WAR" "Important Despatches to Major Anderson & Gov. Pickens" "Resignation of Mr. Thomas as Secretary of the Treasury" "Number & Cost of Fortifications Already Seized" "State of The Union" "Names of Federal Officers Resigned" "Secession in Florida" and more.
Inside has: "Secession of Florida and Alabama from the Union" "Capture of All the Forts & Arsenals of Louisiana by State Troops" "Arrival of the Overland Pony Express" and more.
Twelve pages, minor margin war, nice condition.