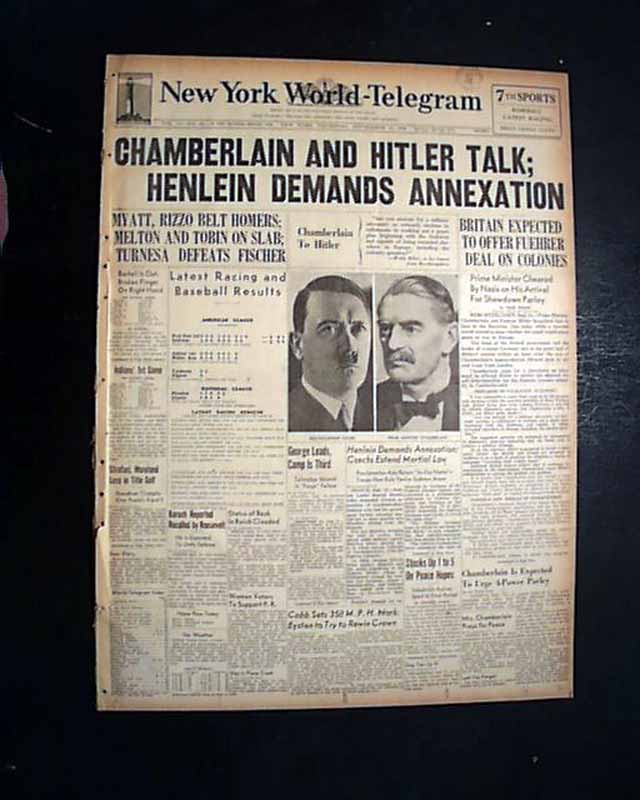 * Adolph Hitler & Neville Chamberlain
* Conference at Berchtesgaden - Germany
* re. the annexation of Czechoslovakia

The front page has a nice banner headline: "CHAMBERLAIN AND HITLER TALK; HENLEIN DEMANDS ANNEXATION" with subheads and photos of the two leaders. Nice for display. Three related photos of Hitler's Summer home at Berchtesgaden are on page 2.
Complete with all 42 pages, light toning at the margins, small library stamp within the masthead, small binding holes with some wear along the spine, generally nice.