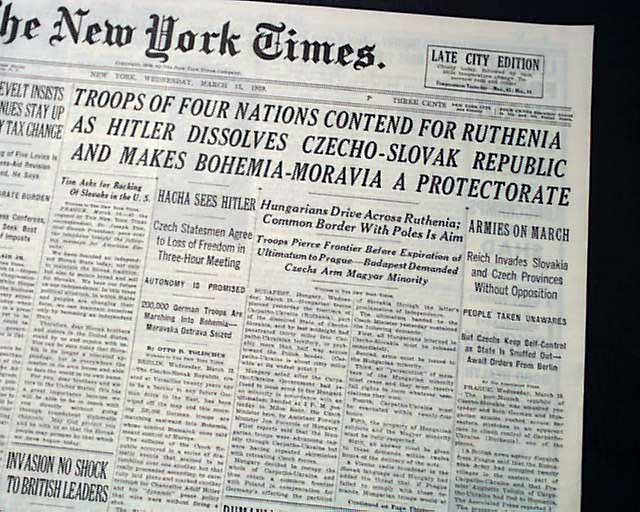 The top of the front page has a five column headline: "TROOPS OF FOUR NATIONS CONTEND FOR RUTHENIA AS HITLER DISSOLVES CZECHO-SLOVAK REPUBLIC AND MAKES BOHEMIA-MORAVIA A PROTECTORATE" with many subheads. (see) First report coverage continues inside with photo. (see)
Other news, sports and advertisements of the day. Complete with 44 pages, rag edition in very nice condition.