Home > Back to Search Results > The United States to go bone dry...
Click image to enlarge 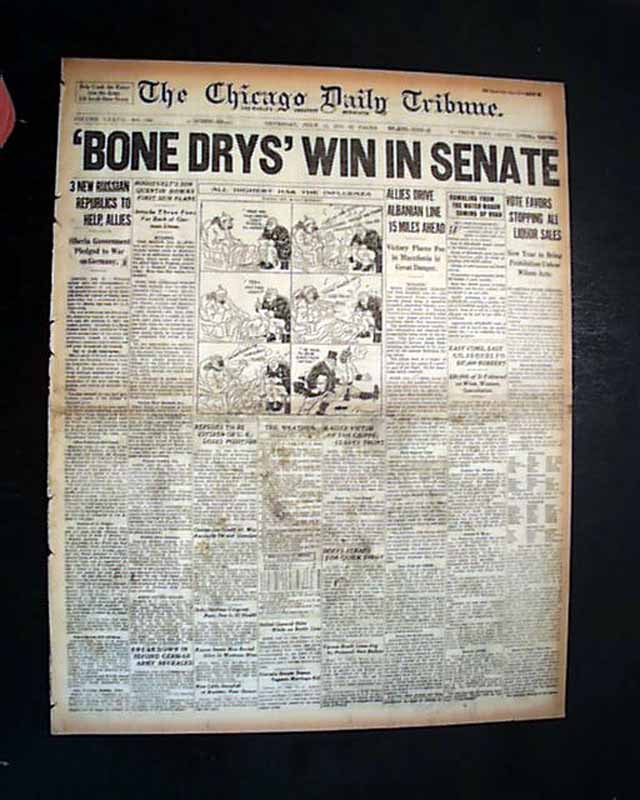 The bold banner headline announces: "'BONE DRYS' WIN IN SENATE" with subheads. (see) This was actually the temporary Wartime Prohibition Act. As a bit of history, on Nov. 18, 1918, prior to ratification of the Eighteenth Amendment, the U.S. Congress passed the temporary Wartime Prohibition Act, which banned the sale of alcoholic beverages having an alcohol content of greater than 2.75 percent. (This act, which was intended to save grain for the war effort, was passed after the armistice ending World War I was signed on November 11, 1918.) The Wartime Prohibition Act took effect June 30, 1919, with July 1, 1919, becoming known as the "Thirsty-First" (credit Wikipedia).
Complete with all 22 pages, light toning and a little wear at the margins, should be handled with care.