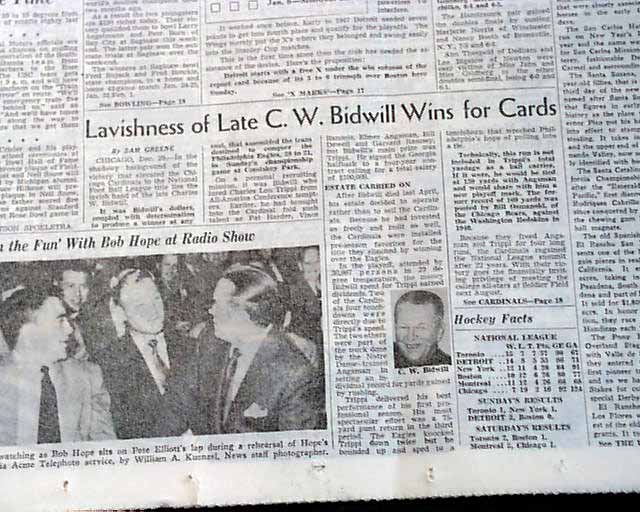 The front page of the sport's section (page17) has a four column heading: "Lavishness of Late C.W. Bidwell Wins for Cards" with stats and small related photo. (see) First report coverage on the NFL football championship game between the Chicago Cardinals and the Philadelphia Eagles.
Other news, sports and advertisements of the day. Complete in 22 pages, rag edition, toning on the front page (see), otherwise very nice.