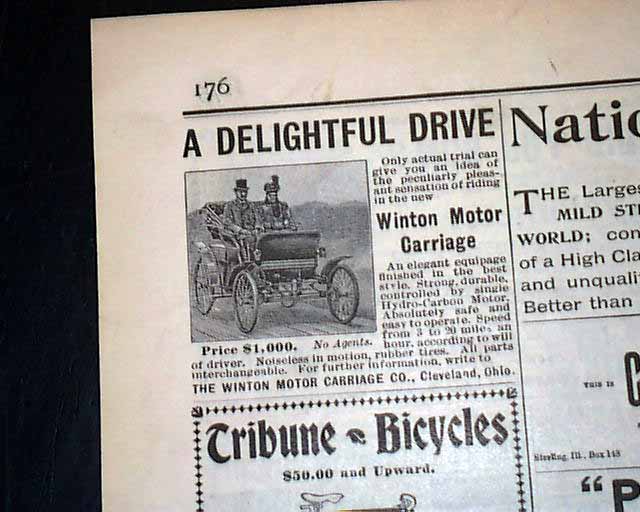 
SCIENTIFIC AMERICAN, New York, September 10, 1898  A very significant issue in the history of automobiles, as the noted reference work "Kane's Famous First Facts" records that the first automobile advertisement ever published in America is on the back page (not the very first appearance, which was in the July 30, 1898 issue).
The top of the back page has an advertisement headed: "A DELIGHTFUL DRIVE...manufactured by "The Winton Motor Carriage Co., Cleveland, Ohio". Other details mentioned in the ad, plus a photo of a couple riding in the vehicle.
The advertisement measures 2 5/8 by 2 1/8 inches. The issue is complete in 16 pages, filled with various scientific achievements & improvements with many photos & illustrations. Nice condition.

Lengthy article on cockfighting in 18... 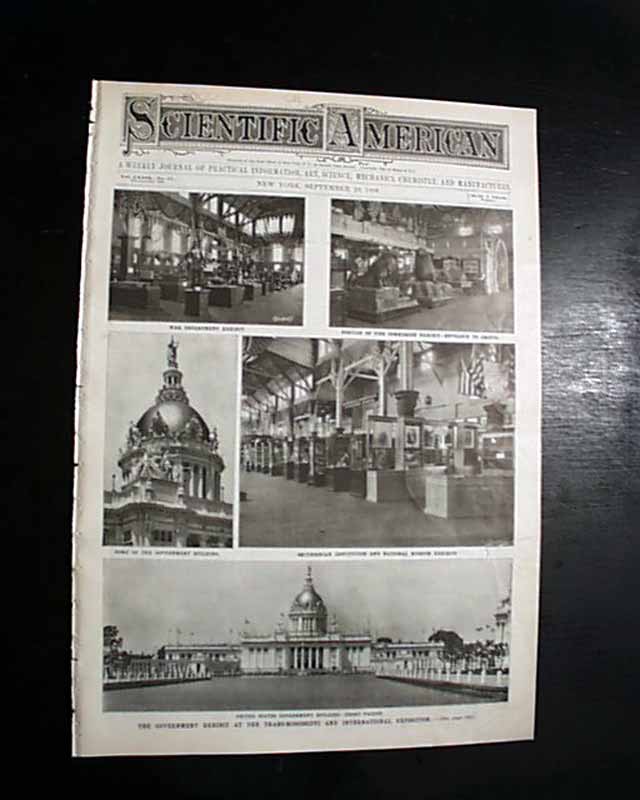