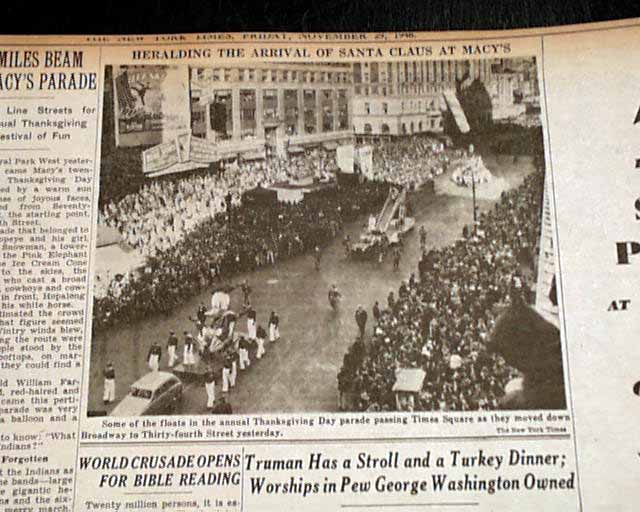 Page 32 has one column headings: "SUN, SMILES BEAM ON MACY'S PARADE" "2,000,000 Line Streets for 20th Annual Thanksgiving Day Festival of Fun" with photo. (see) 1st report coverage on the 1946 Macy's Thanksgiving Day Parade. This was the exact parade that was featured in the 1947 Christmas movie classic, "Miracle on 34th Street".
Also within this issue are various store advertisements, including Macy's and Gimbels which was also a focus in the movie as well. Actual footage of this parade was included within the film itself.
Other news, sports and advertisements of the day. Fifty-two pages, a few cutouts throughout including one on the front page but does not affect the page with parade report, light toning and some wear at the margins, otherwise good.