Home > Ringgold is evacuated by the Yankees...
Click image to enlarge 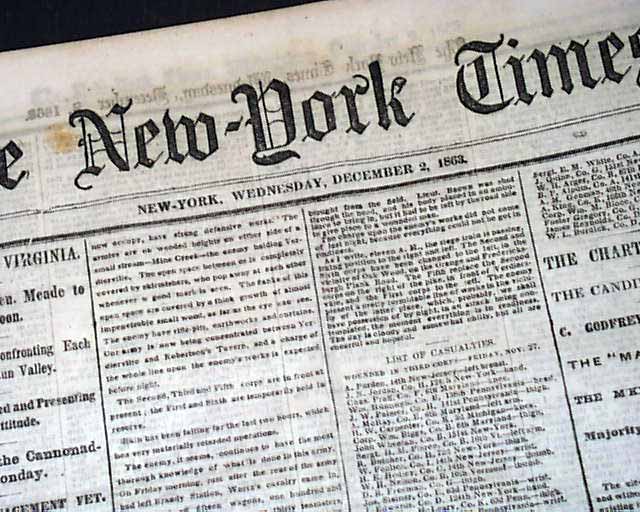 Ringgold is evacuated by the Yankees...

Among the front page column heads on the Civil War: "THE ARMIES IN VIRGINIA" "The Hostile Forces Confronting Each Other at mine Run Valley" "Lee Strongly Intrenched and Presenting a Defiant Attitude" "GEN. GRANT'S ARMY" "Ringgold Evacuated by Our Forces" "The Enemy at Strength at Tunnel Hill". More war heads on inside pages as well.
Eight pages, very nice condition.