Home > Back to Search Results > With a map of Savannah...
Click image to enlarge 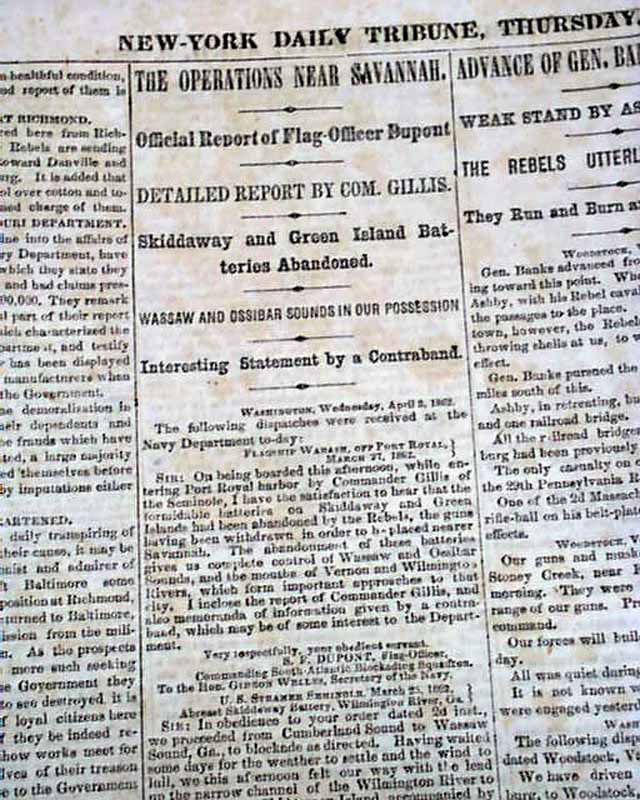 With a map of Savannah...

Among the column heads on the Civil War on inside pages are: "The War For The Union" "The Deportation of Slaves" "The Operations Near Savannah" "Official Report of Flag Officer Dupont" "The Rebels Utterly Demoralized" "Weak Stand by Ashby's Forces".
Page 6 has a map at the top headed: "Situation Of Savannah And Its Defenses" with related column heads: "Probable Fall of Savannah" "Evacuation of Fort Thunderbolt" & much more.
Eight pages, never bound nor trimmed, several folds, some dirtiness at folds.