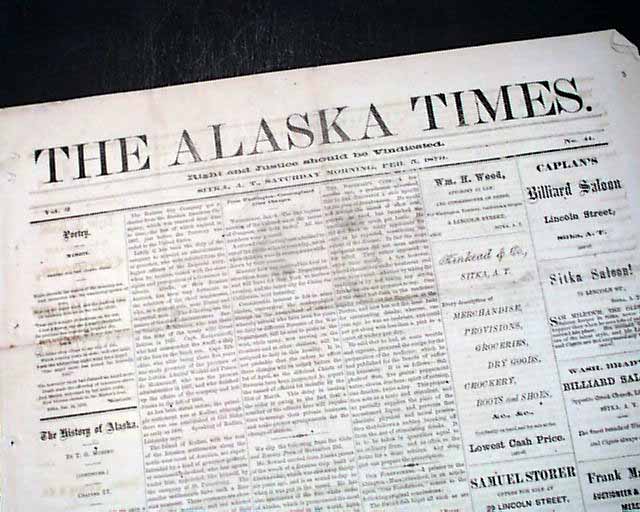 This is a very rare newspaper which began in Sitka in 1869, the first newspaper published in Alaska (an earlier "Alaska Herald" from 1868 was actually published in San Francisco). It proved to not be profitable, so later in 1870 the publisher moved the newspaper to Seattle and continued publication on October 23. HistoryLink.org notes that: "...a few issues later, Murphy renamed the paper Territorial Dispatch and Alaska Times..." so issues with the title "The Alaska Times" from Sitka are very limited.
The front page includes: "The History of Alaska", a continuing article, this being chapter XV. Page 3 has a lengthy item: "Editorial Notes of a Trip to British Columbia, Washington Territory, California and Back."
Complete in four pages, generally in very nice condition. One of the more rare Western newspapers we have had the pleasure to offer. 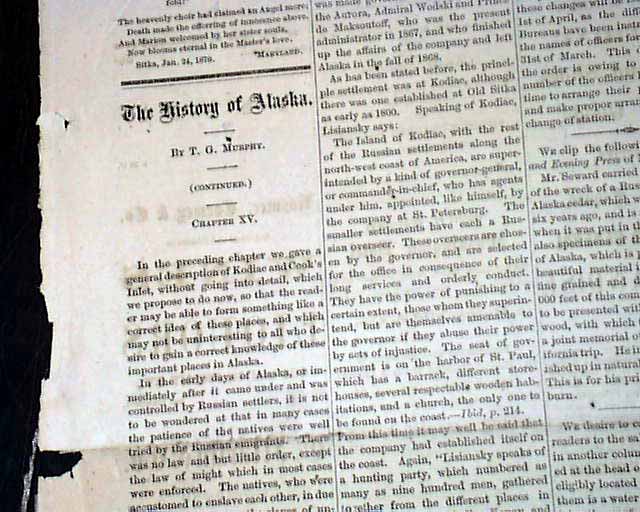 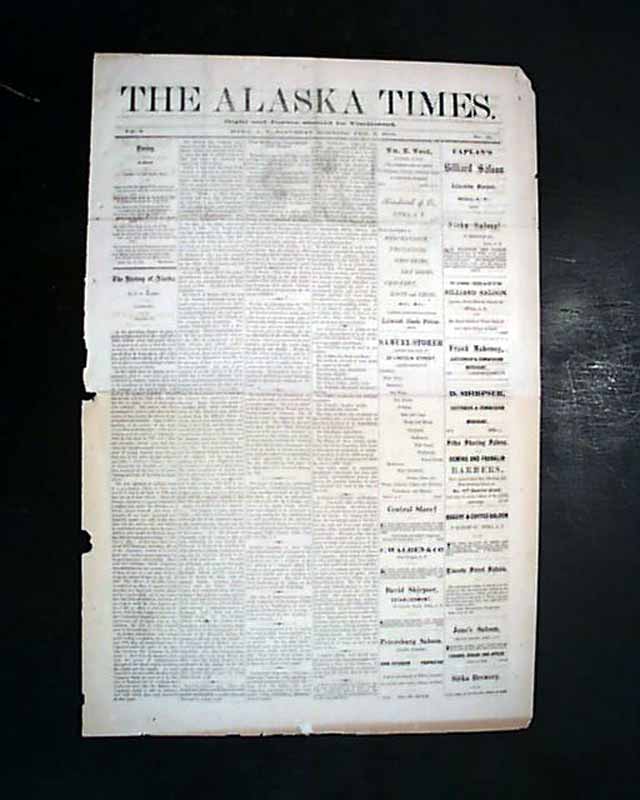 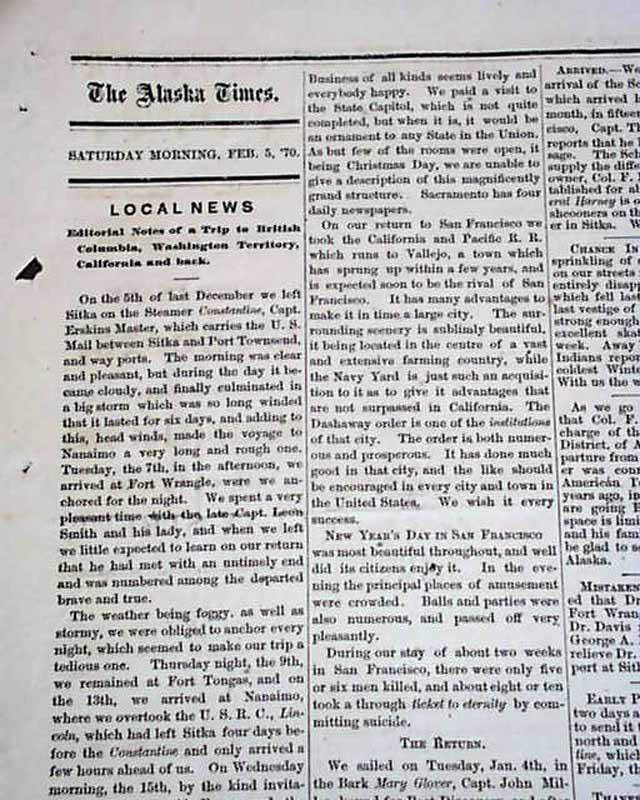