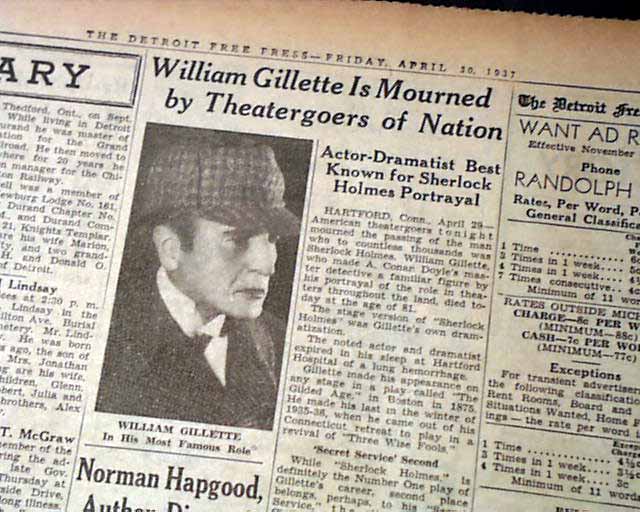 The top of page 27 has a two column heading: "William Gillette Is Mourned by Theatergoers of Nation" with subhead and photo. (see) First report coverage on the death of William Gillette, American actor-manager, playwright and stage manager. He was best remembered for portraying Sherlock Holmes.
Other news, sports and advertisements of the day. Complete with all 30 pages, light toning and minor wear at the margins, nice condition.