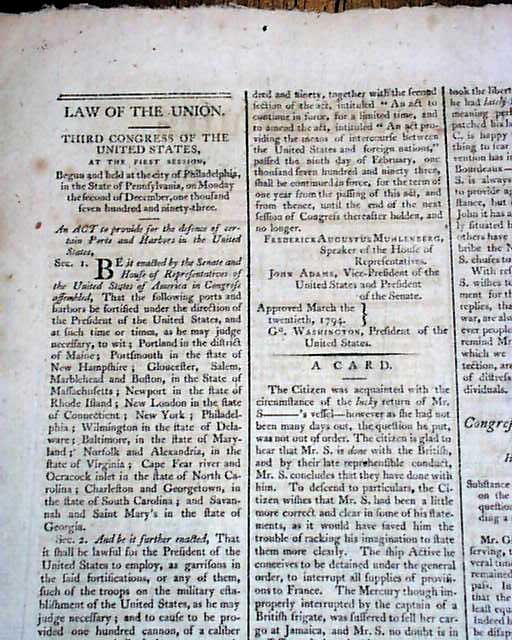 Page 2 begins with two Acts of the U.S. Congress, each signed in type by the President: Go. Washington, and the Vice President: John Adams.
The back page has a notice headed: "War Department" concerning applying for pension for those injured from the Revolutionary War, signed in type by the Secretary of War: H. Knox.
Four pages, never-trimmed margins, great condition.