Home > Back to Search Results > News from America relating to the French & Indian War...
Click image to enlarge 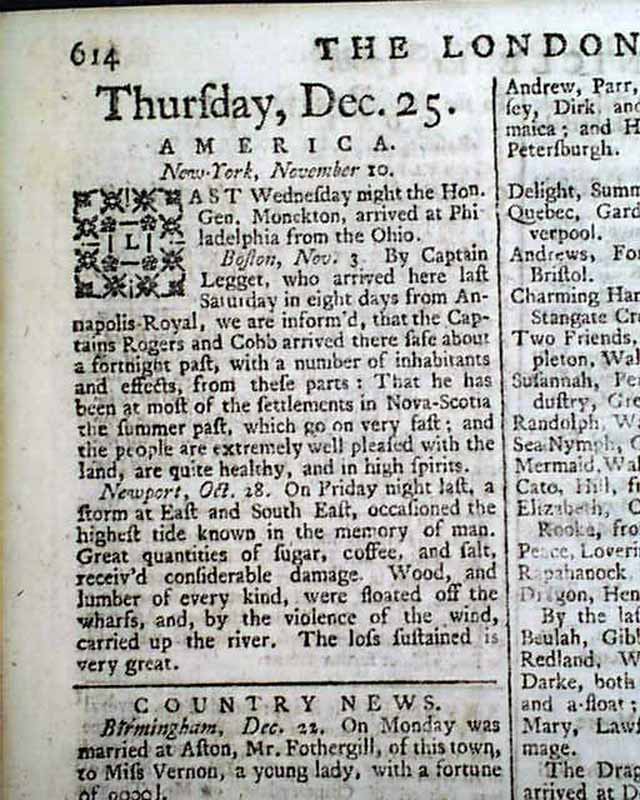 News from America relating to the French & Indian War...


THE LONDON CHRONICLE, England, Dec. 25, 1760  The top of pg. 7 has a report headed "America" with datelines from New York, Boston, & Newport. Mention is made that General Mockton had arrived at Phila. from the Ohio region, and that: "...Captain Rogers & Cobb arrived there safe...with a number of inhabitant & effects from these parts: that he has been at most of the settlements in Nova Scotia..." and a bit more.
Eight pages, 8 1/4 by 11 inches, very nice condition.