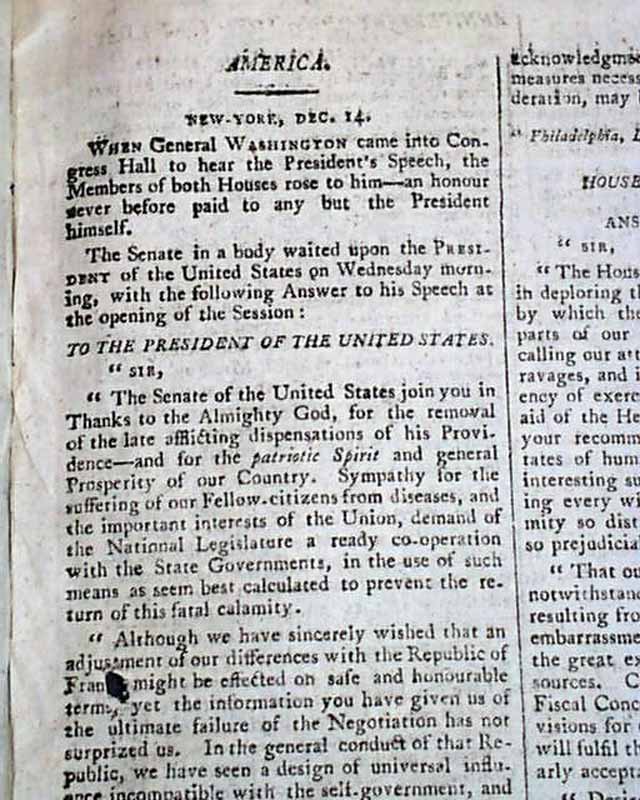 Page 3 begins with a report from New  York: "When General Washington came into Congress Hall to hear the President's Speech, the members of both Houses rose to him--an honour never before paid to any but the President himself."
What follows is the Senate's response to President John Adams concerning his recent state of the union address, followed by his: "Reply signed in type: John Adams. Then the House of Representatives' answer to Adams' address, and gin followed by his "Reply" signed: John Adams.
Four pages, red tax stamp on the front page, very nice condition.